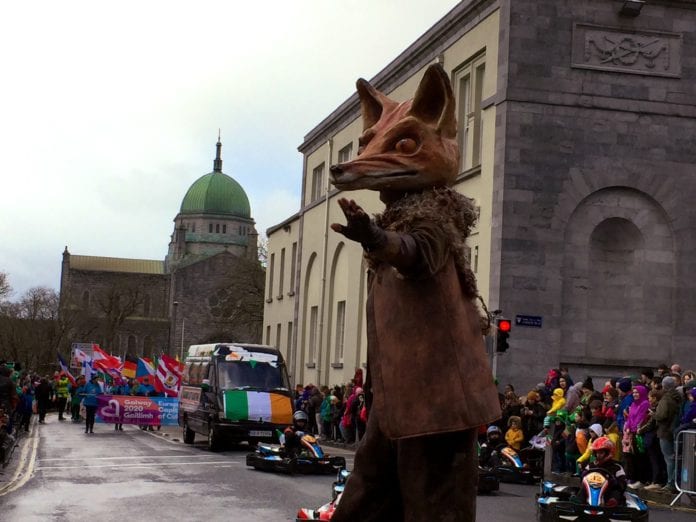 More than 30,000 people from Galway, around Ireland, and the world over packed into the city today to catch the St Patrick’s Day spectacle.

The St Patrick’s Day parade made its way through the city streets earlier today, with tens of thousands packing the route from NUIG to Prospect Hill.

Local schools, community groups, emergency services, and young performers from Galway’s master artists at Macnas put on a hell of a show for all to see.

The parade followed a shorter than usual route this year, leaving behind its usual path up Shop Street due to concerns that it might have been blocked by roadworks.

The festivities are continuing on throughout the city tonight, while other celebrations and parades were held in towns throughout Galway county.