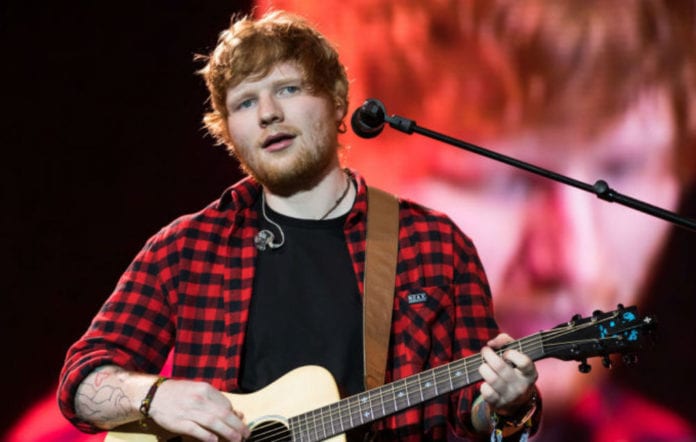 Galway City is set to go Sheeran mad from Thursday the 10th – Sunday 13th of May 2018 as an Ed Sheeran Festival will be hosted in The Latin Quarter.

The Ed Sheeran Festival is set to coincide with the singer’s concerts which will take place on the same weekend in Pearse Stadium, Saturday May 12th and Sunday May 13th.

An alcohol licence was granted for the event just over a fortnight ago, much to the delight of many of the concert goers and his biggest fans who are very excited to see him on stage in Pearse Stadium.

The Ed Sheeran Festival is being organised by The Latin Quarter, the cultural heart of Galway city, and home to many of the city’s quirkiest, owner ran and best-known pubs, restaurants, shops and hotels and they are inviting the whole city to get involved.

It’s no secret that Ed has a massive love affair with Galway, having once spent a summer busking on Shop Street well before he became a pop star, known to the world, and even more recently for shooting the video for his hit single ‘Galway Girl’ in many of the city’s well known haunts.

The video which was shot last spring featured the iconic pop singer himself along with Saoirse Ronan, and included clips which were shot from O’Connells bar, Salthill, and Shop Street.

The Latin Quarter is calling on everyone in the city to join in the festivities, for what promises to be an unforgettable weekend in Galway.

Highlights of the festival are set to include: Ed Sheeran DJ sets and tribute acts playing in the bars. Ed Sheeran themed shop fronts and window displays, Ed Sheeran buskers on the streets, an Ed Sheeran look-alike competition, Ed Sheeran inspired food and drinks in the bar and restaurants, along with some surprises every Ed fan will want to be involved in.

Over 60,000 people are set to attend the concerts so a festive-like ambiance will be created for those going to the concert but also for anyone who didn’t get tickets to the gigs but wants to join in the Ed Sheeran merriment.

It’s the first festival of its kind in Ireland and quite possibly the world so who knows there could be a chance of Ed attending the festival for himself.