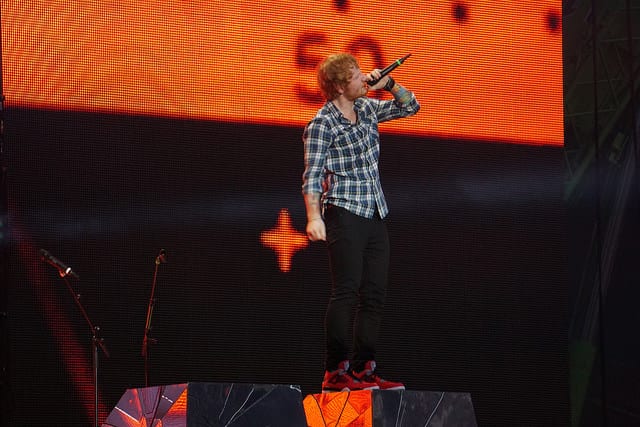 An application by well-known Dublin developer Harry Crosbie was granted in Galway District Court this morning allowing the sale of alcohol at Pearse Stadium for the weekend of May 12th-13th.

The ‘occasional’ licence is for the purpose of selling alcohol during one-off events.

It was granted at the venue – which normally does not sell alcohol – for English superstar Ed Sheeran’s concerts taking place on Saturday May 12 and Sunday May 13.

Alcohol will be sold at the stadium between the hours of 4pm and 10pm on both days.

The news has added to the hype surrounding the Galway performances of the internationally acclaimed singer-songwriter.

Like many local musicians, Sheeran once spent a summer busking on Shop Street before becoming a world-famous pop icon.

His time in Galway is commemorated in last year’s hit single “Galway Girl” – the video for which was shot in Galway last spring featuring Sheeran alongside actor Saoirse Ronan.

The event’s alcohol licence application was made in the name of Harry Crosbie, a developer best known for his Dublin venues Point Depot, the O2, and Vicar Street.

Crosbie is credited by many for helping to redevelop the then-dilapidated docklands of Dublin, although many of Crosbie’s assets were taken over by Nama in 2012 due to his skyrocketing debts.