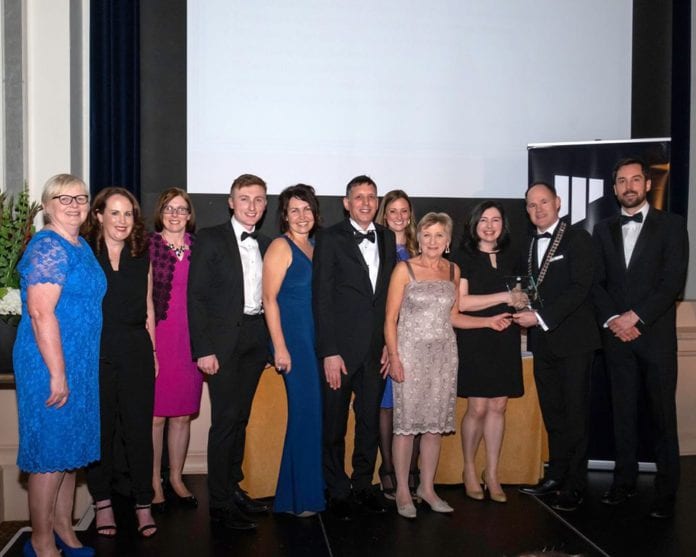 Galway City Council has won a prestigious Irish Planning Institute Award for the recently prepared Public Realm Strategy which is meant to transform the city streetscape and public areas.

The Galway City Public Realm Strategy won the city council a prize in the Design Category of the IPI awards which took place last Sunday.

The award was presented to the council’s project team on the Public Realm Strategy by IPI President Dr. Conor Norton along with Minister for Housing Eoghan Murphy.

The strategy was prepared by Allies and Morrison Urban Practitioners, Dermot Foley Landscape Architects and TOBIN Engineering in conjunction with Council staff on the steering committee.

The Design category at the awards is meant to recognise projects that best respond to their environments in an urban or rural setting.

Galway City Council was nominated in two categories at the IPI awards, the Design category which it won, and the Public Participation & Engagement category.

This was reflective of the level of public engagement involved in crafting the strategy, as well as the innovative measures employed by the council to encourage people to share their ideas.

Speaking ahead of the awards Galway City Mayor Mike Cubbard said the Public Realm Strategy will “make the city centre as welcoming and accessible to everyone as possible.

“It promotes universal design and helps open up the city to all. It will make getting into and moving around Galway much easier,” he added.

In total the IPI shortlisted 34 projects across 7 categories out of the 56 which were submitted for its consideration this year.

Galway City Council Chief Executive, Mr Brendan McGrath also paid tribute to all members of the public who took the time to share their knowledge and vision for the city.

“Those who live and work in Galway know their city. They possess immense local knowledge of the way Galway is, both in terms of what really makes the city special, and understanding what the key priorities for change are” he said.