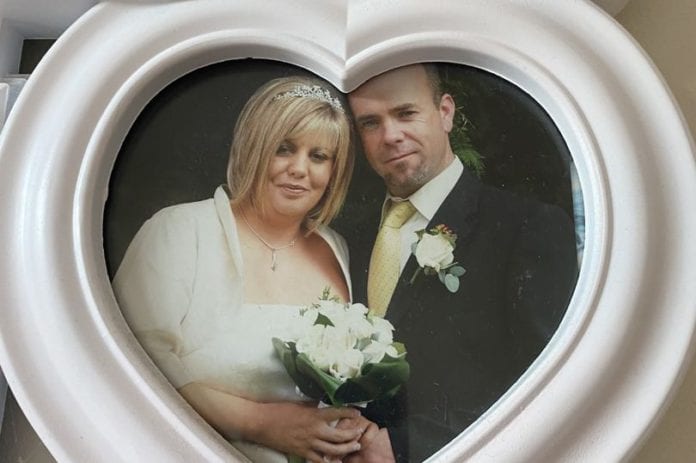 An online fundraising campaign has been set up for a mother of four sick children in Kinvara after she shared her story on Liveline with Joe Duffy last week.

Aine Crosse spoke to Joe on Wednesday about the challenges she is facing after the sudden death of her husband Gerry just eight weeks ago.

The struggling mum of four said she has had no respite since her husband died and has been forced to bring her three children with her to her eldest son Adam’s chemo appointments.

Adam, who is 18, has lymphoma, and her three other children have mitochondrial disease and are autistic.

The GoFundMe campaign for Aine has raised over €4,000 so far, and with the help of people across Galway and the rest of Ireland, it aims to raise a total of €20,000.

Speaking to Joe on RTÉ Radio One last week, she said that her husband adored his children and would do anything for his family.

Adam was diagnosed with lymphoma in February – and Aine said that he’s doing okay, but that he is devastated about his father, who he tried to revive on the night he died.

Speaking about the mitochondrial disease her other children have, she said: “It is a degenerative disease of the muscles, the brain, the liver, the kidneys, the heart.

“So it’s kind of a time bomb but you have to just have to live with it.  There’s nothing they can do, there’s no cure.

“And they’re also autistic – Lisa is severely autistic, she doesn’t sleep and she was hitting and the whole lot because her daddy was her carer and her lifeline and now he’s gone and she doesn’t understand.

“She keeps looking for him and therefore she doesn’t sleep at all,” she said.

Aine has been offered just one hour a day of someone looking after the children – but she says this is not enough as the main problem is that Lisa is not sleeping.

“She sleeps for an hour and I’ll be up from between 2 and 4 and she’ll stay up all day,” she said.

“It’s a very lonely world when you’re sitting with your three children who have autism and your son has cancer and the love of your life has died.

“I was looking for at least two or three nights.

“Respite is like oxygen to a family with autism.”