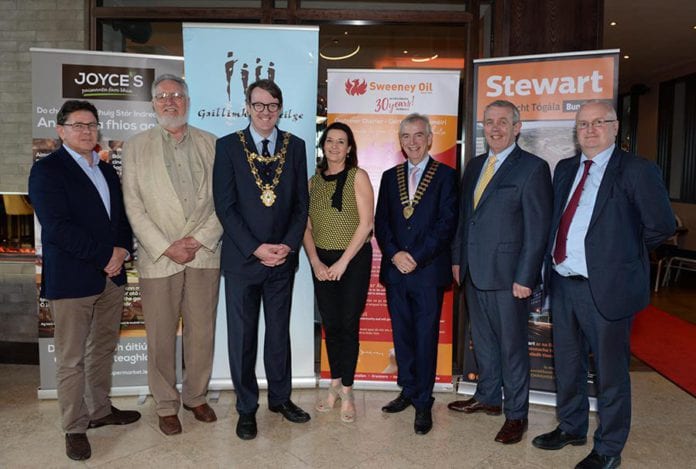 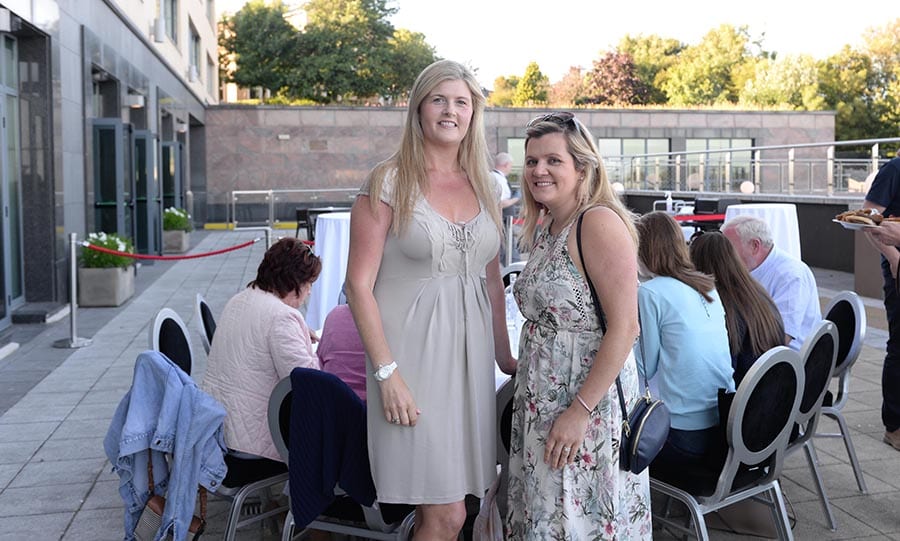 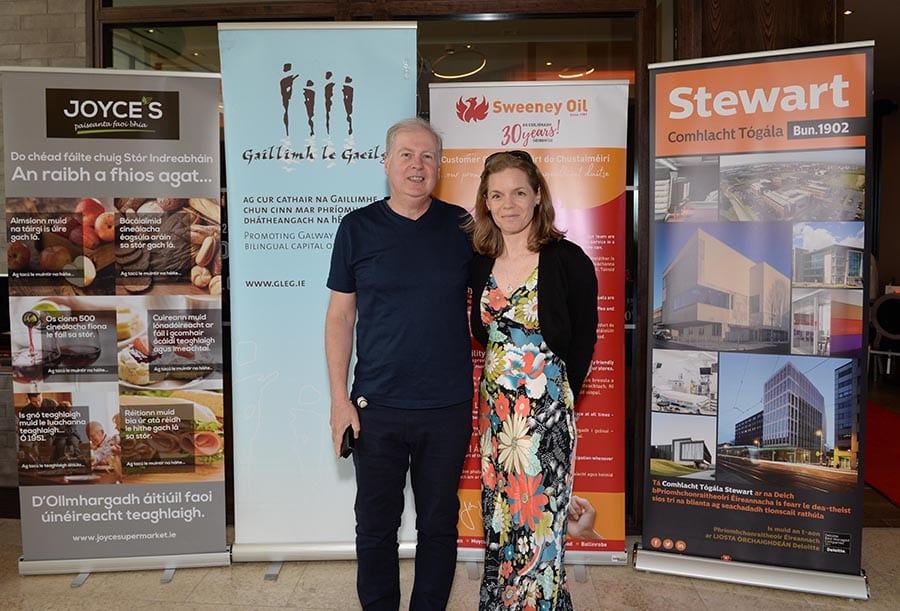 The event which was kindly sponsored by Cairde Ghaillimh le Gaeilge: Joyce’s Supermarkets, Stewart Construction and Sweeney Oil,  took place in the Galmont, Bóthar Loch and tSáille, Galway with a huge thanks being given to the sponsors.

The crowd in attendance on the night were treated to a wonderful atmosphere as they enjoyed the tasty food in the Galmont while being entertained by The Gypsy Jazz Trio. 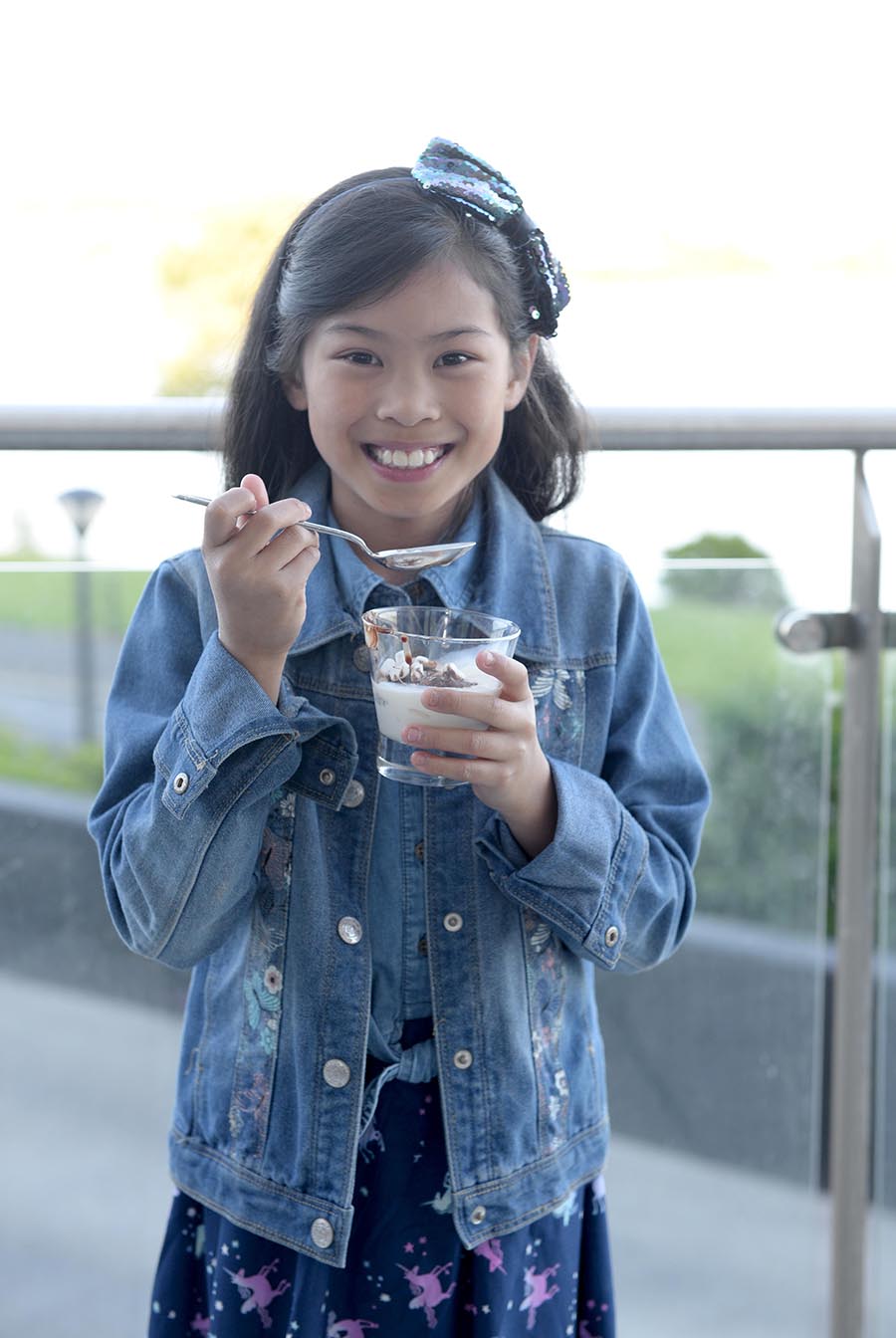 At the event, Bernadette Mullarkey, Cathaoirleach Ghaillimh le Gaeilge extended a warm ‘céad míle fáilte’ to the newly elected Mayor of the City of Galway, Cllr. Niall McNelis. She also thanked all of the funding organisations who have supported Gaillimh le Gaeilge over the years.

This support is essential for the organisation to maintain their various bilingual services and practical supports for those who wish to use the Irish language in their daily businesses and organisations in Galway City. 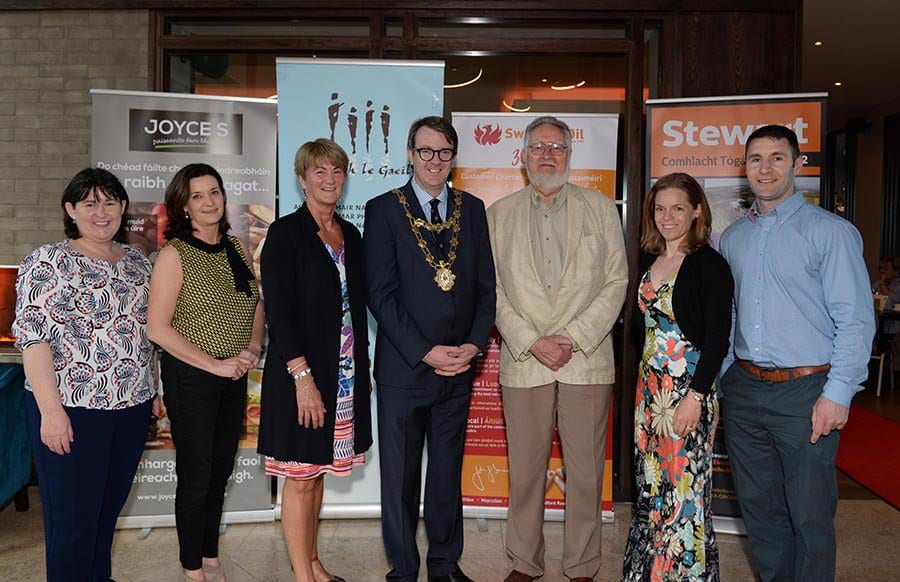 “The work that you are doing is creating a fantastic synergy in the city, which makes Galway unique and different. This will be vital in 2020 when we will be the European Capital of Culture.”

Gaillimh le Gaeilge would like to thank everyone that attended and would like to say a special ‘míle buíochas’ to the sponsors of the Fulacht Fia. Buíochas to all of the staff at the Galmont, who provided fabulous food and especially to Colm who provided an excellent ‘Seirbhís trí Ghaeilge’! They also kindly sponsored ‘Deoch an tSamhraidh’ for all of the Cairde.

The Fulacht Fia offically concludes Gaillimh le Gaeilge’s social/networking events until September and provides the organisation with an opportunity to say a ‘míle buíochas’ to all their ‘Cairde’ and to all those who have supported the organisation over the past year.

Don’t forget that Gaillimh le Gaeilge is available to assist you to incorporate the Irish language into your business FREE OF CHARGE. For more information contact eolas@gleg.ie or 091 568876