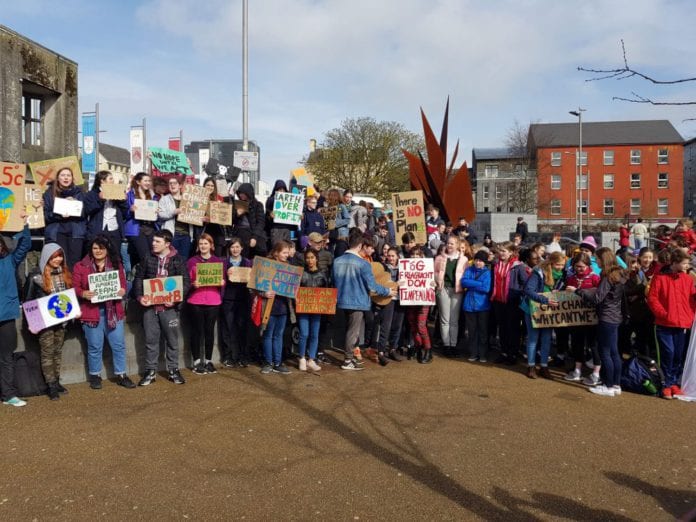 Environmental activists in Galway and around the country will take to the streets during the COP26 summit next month to call for climate justice.

Organised by the COP26 Coalition Ireland, an umbrella group of environmental NGOs, community groups, trade unions, migrant and racial justice networks, the rally will take place on November 6, during the COP26 summit in Glasgow.

The Galway Rally for Climate Justice will take place that day in Spanish at midday, simultaneous with other rallies in Dublin, Cork, Limerick, and Belfast.

COP26 Coalition Ireland said that the decisions made the Glasgow summit will decide “who is to be sacrificed, who will escape and who will make a profit” from the climate crisis.

“So far, governments have done too little too late: colluding with corporations behind green washed ‘solutions’ that actually don’t exist yet, that don’t address the scale of the problem, and in many cases rely on more exploitation of people and planet.”

“Justice won’t be handed to us by world leaders or delivered by corporations. Only we can imagine and build the future that words for all of us.”

“The transformative solutions that we need to survive and build a more just and fair world can only be brought about through collective action, solidarity and coordination, from our local communities and international levels.”

Manuel Salazar of Extinction Rebellion Ireland said that people should go to these rallies to action from the government on climate goals which have been “compromised”.

Meeting a goal of capping global warming at 1.5 degrees and achieving net zero emissions will require stopping investment in fossil fuels which are “clearly” destroying the planet, he added.

“That’s why we have to make the accountable. That day it’s really important for us all to come together to demand the government take action, because inaction is just not at option.”

update: This article has been corrected to say that the rally will take place at the Spanish Arch, not Eyre Square.