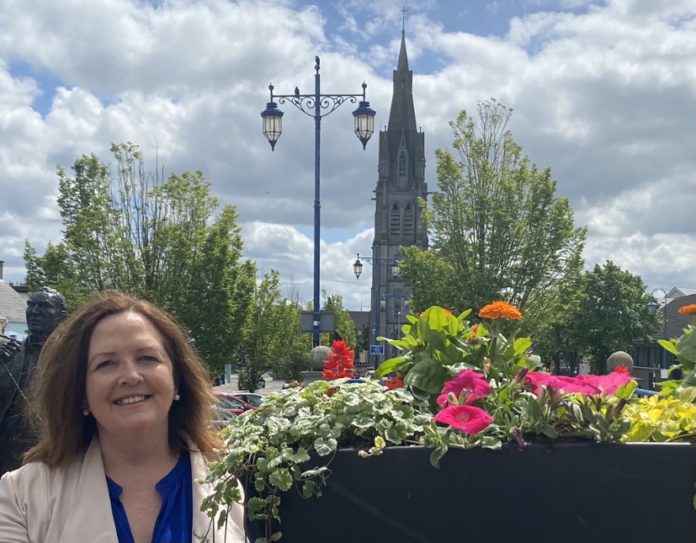 Galway County Councillor Evelyn Parsons has called for more areas to be designated as pollination areas in Ballinasloe to promote biodiversity.

The Independent councillor also called for grass-cutting contracts in the Ballinasloe Municipal Area to reduce the frequency and timing of cuts.

“This would involve in many instances doing less and allowing some wild meadows, grassy banks and verges to self seed with native wildflowers and flora which is crucial to provide essential feeding and nesting areas for our bees, other insects and wildlife.

“One third of our bee species are threatened with extinction from Ireland. This is because we have drastically reduced the amount of flowers and safe nesting sites in our landscapes.”

Cllr Parsons, who is a member of the Biodiversity Special Policy Committee in Galway County Council, said she is very aware that much more needs to be done to prevent further biodiversity loss and to promote positive biodiversity gain.

“I’m delighted to have been contacted by enthusiastic members of residents associations who want to make a start by dedicating small manageable areas for re-wilding while maintaining mowed spaces for play and recreation.

“Our future, our children’s future, our wildlife’s future and our economy depends on addressing this issue urgently now. It is over ten years since a pollination plan specific to Ballinasloe was formulated.

“I believe we all have a responsibility to take steps  now and I am keen to help develop a practical up to date plan which engages all  members of society. Galway County Council has signed up to the All Ireland Pollinator Plan and I would like to see more actions in Ballinasloe MD arising from that and indeed throughout the county.”