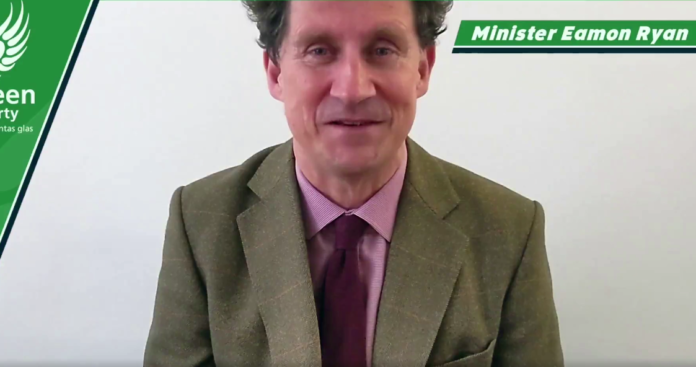 Minister Eamon Ryan addressed a webinar last night on very light rail for Galway where he called for ‘transport oriented development’, saying that light rail is the key to meeting Ireland’s net zero carbon goal by 2050.

Addressing the meeting via a pre-recorded video, Minister Ryan said that Greenway routes, for example from Moycullen into the city through to Salthill and out by Bearna, would ‘make an incredible difference’.

“And actually on every side of the city, completing the Dublin to Galway route coming in and the other side, those Greenways aren’t just for tourists and they’re not primarily for tourists, they’re for local people to help us move around, turning the city into a stunning cycling location – which it should be,” said Minister Ryan.

The Minister said that the Green Party will “review the delivery of light rail, as a future possibility in Galway.”

Speaking ahead of the meeting last night, Green Party Senator Pauline O’Reilly welcomed the work that has been done by the Gluas group and Green Party representatives and members over a long period of time.

“With the Green Party in Government I believe now is the time to commit to a feasibility study which is what volunteers have been seeking for many years,” said Senator O’Reilly.

“I am delighted that Minister Eamon Ryan has committed to such a feasibility study for next year, and he has said that he has also asked his officials to do an overall review of the Galway Transport Strategy”.

“I believe that what this city needs is an overhaul of our transport and that is exactly what we are starting to do.”