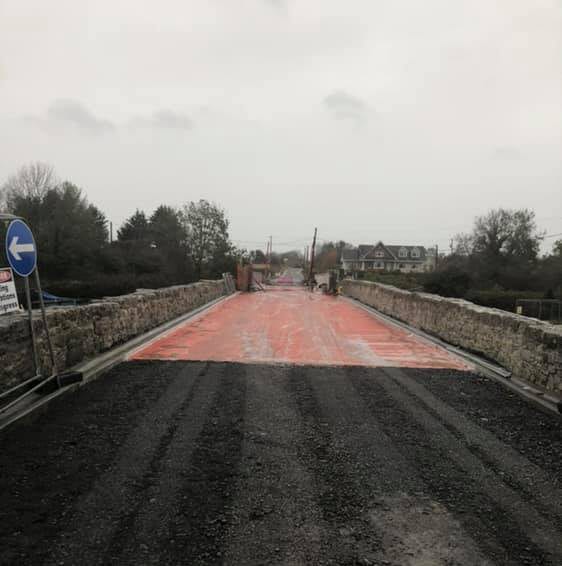 Dunkellin Bridge is reopening to traffic this evening more than a year after it first collapsed in September 2018.

A central span of the bridge collapsed while flood mitigation works were taking place, causing serious difficulties for local traffic with motorists forced to use long diversions.

Work on the bridge had two main areas. Firstly rehabilitation works had to be carried out on the sections which remained standing to ensure there was no further collapse.

This was advanced when Ciaran Cannon announced that €200,000 in funding from the Office of Public Works had been secured for the reconstruction project.

Several designs were floated, but it was decided to proceed with a single span construction, as this would not require planning permission and could proceed more quickly.

Work has been progressing quickly since and councillor Joe Byrne says that the bridge is ready to open again this evening with a traffic light system in place.