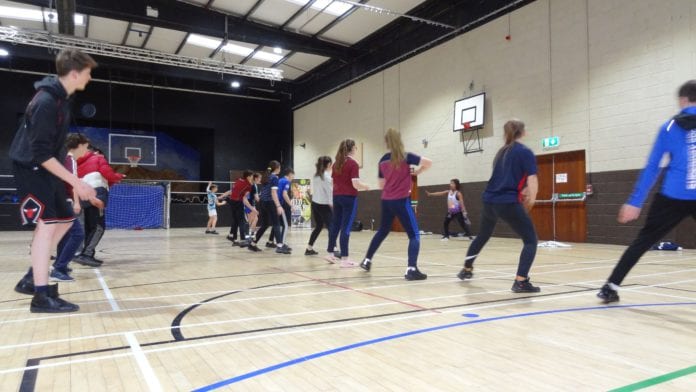 A new project based in Galway is aiming to get teenagers moving at school by linking PE with science.

CÚRAM – based at NUI Galway – is launching the project, which will help teachers increase their female students’ interest in learning science and exercising.

The project is being aimed at female students because just 8% of girls at secondary school in Ireland get one hour of PE per week.

At least one hour of Physical Education is recommended by the Department of Education.

The most common reason given for the lack of PE during school hours was time pressure – due to school work.

By linking PE lessons to science, it is hoped that teachers will hopefully not feel as if the time dedicated to PE is not taking away from preparing for exams.

Four lesson plan kits are available that are linked to the Junior Cycle PE and Science curricula, which can also be used for Senior Cycle and later primary school students.

The kits integrate the work of world-leading, Irish researchers with the scientific effects of exercise on different areas of the body to prevent vascular disease, osteoporosis, stroke, and neurodegenerative disorders.

Each kit includes a lesson plan for teachers, a short video, and a flyer covering the topic for students to share with family members.

Clair Hogan, a PE teacher at Salerno Secondary School, says of the resources: “This is a wonderful pack for the classroom. The lesson plans are fun and easy to implement.

“The videos are excellent and visually allow the students to link the scientific facts they learn in their science lessons to the benefits they get in their bodies when exercising.”

Professor Abhay Pandit, Scientific Director of CÚRAM at NUI Galway, said: “We hope that students will be able to contextualise scientific concepts by understanding the effects of physical activity on their bodies and how it can prevent chronic illnesses.

“We want to make science more personal and relevant to teenagers by linking how the biology and physics involved in exercise affects their health.”