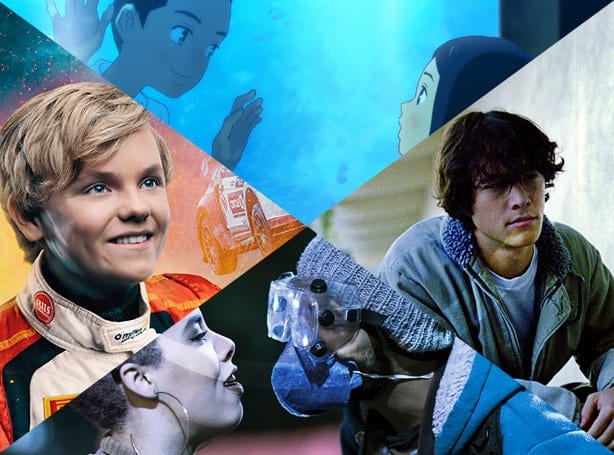 The full programme of events has been announced for the Junior Film Fleadh taking place at the Palas Cinema from November 10-14.

The Junior Film Fleadh is a film festival for all generations, that puts young people and their stories in the spotlight.

The programme of cinema for the 2019 JGFF kicks off with Sunday matinees of brand new animation, documentary and drama films, followed by a week of educational screenings, filmmaking workshops, a Society & Inclusivity cinema programme and the return of the JGFF Future Filmmakers Competition.

Children of the Sea is a Japanese animated feature about a girl named Ruka who is drawn into a mystery involving sea life around the world and two mysterious boys she meets in the aquarium where her Dad works.

Oliver’s big dream is to race against his father, world champion Petter Solberg, but his father refuses until Oliver has become a good enough driver.

Oliver embraces this challenge and at 15 he moves to France by himself to attend racing school. Race by race his driving skill improves, but everything changes when his father suddenly gets seriously hurt.

Born2Drive is real cars, great passion and 600 roaring horsepower under the hood. It is a movie with fast cars, fast-paced action and huge thrills.

Your Turn is a documentary directed by Eliza Capai about the social and economic crisis in Brazil, where students protested and occupied hundreds of schools, demanding better education and the end of austerity measures.

The film depicts the student movement from the protests of 2013, through the election of the right-wing nationalist Jair Bolsonaro in 2018.

Inspired by the collective voice of the movement itself, Your Turn is narrated by three high school students, who jostle for space and time to tell their story and represent central points of their struggle, including at the intersection of feminist, LGBTQ+ and racist issues of their generation.

The Italian film Dafne is a character-driven family drama about a self-aware and bright young woman with Down syndrome.

Living with her parents, Dafne must attend to her father after her mother dies, on top of processing her own grief.

The multiple-award winning documentary Midnight Traveler is one of the most vital human rights films to come out this year, made by director Hassan Fazili, as he and his family fled from the Taliban in Afghanistan and captured their entire journey to seek refuge in Europe on camera.

Midnight Traveler puts a human face on a global crisis and the many thousands of families out there just like Fazili’s, seeking shelter from violence.

And as 2019 has been a critical time for students doing their part to protest the climate crisis, the JGFF will be continuing the conversation with a screening of The Clean Bin Project, a documentary made by filmmaker couple Jen and Grant who go head to head in a comedic competition to live zero waste for an entire year.

A fun and inspiring call to environmental action that speaks to crowds of all ages, the film will be followed by a discussion with Pauline O’Reilly (Green Party Councillor Galway West) and John Tedders (The Filling Station, Galway) among other speakers.

The 2019 Junior Galway Film Fleadh will close with the return of its Future Filmmakers Competition, screening eighteen short films made by aspiring directors under 18 years of age from all over Ireland.

The winning filmmaker will receive a €250 prize and a place on a Galway Film Centre filmmaking course.