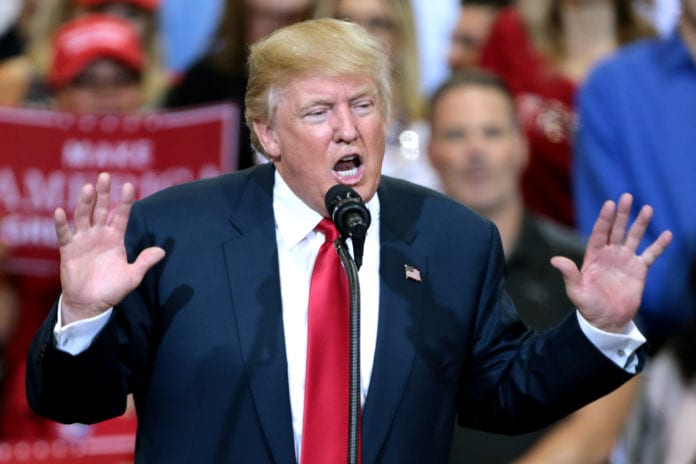 The Moore Institute at NUI Galway will host a discussion on ‘Trump, Irish America and the New Right’ this month, with speakers including  Maureen Dowd, of the New York Times and the Irish Times, and journalist Niall O’Dowd, founder of Irish Central.com.

Daniel Carey, Director of the Moore Institute at NUI Galway, says: “A striking recent development in American politics has been the emergence of Irish Americans associated with the Right and their participation in, or support for, the Trump administration.

“The traditional expectation that Irish Americans align themselves with the Democratic Party, led by the Kennedy family and figures like Tip O’Neill, has been overturned, first by conservative commentators on Fox News like Bill O’Reilly and Sean Hannity, and then by prominent members of the Trump election team and cabinet, past and present, including Steve Bannon, Michael Flynn, John Kelly, Sean Spicer, Mick Mulvaney, Kelly-Anne Conway, and others.

In the wider Republican leadership, Paul Ryan and Kevin McCarthy, among others, play an important part in this emerging trend.”

This event is designed to develop a better a better understanding of this transformation, what values animate it, and how significant it is for American and world politics.

Professor Carey added: “The emergence of Trump as a political phenomenon has been his close relationship with Irish Americans, who have supplied advice, support, and filled cabinet posts in his administration. The national and international impact of these figures has been enormous. Maureen Dowd and Niall O’Dowd are well placed to explain this challenging moment and to offer insight to observers in Ireland.”

A panel of contributors will participate in the event that include: Dr Kathleen Cavanaugh, Mr Larry Donnelly and Dr Charlotte McIvor from NUI Galway, and Professor Eileen Gillooly, Columbia University. The event will be chaired by Professor Daniel Carey, Director of the Moore Institute at NUI Galway.

This event will take place on Tuesday, 15 May at 5.30pm in the Aula Maxima, Quadrangle, NUI Galway.

The event is free and registration is essential, register at: https://trump2018.eventbrite.com