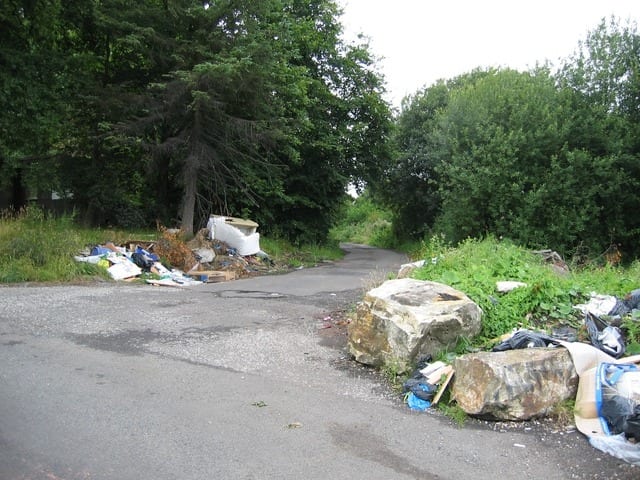 A Galway survey has found that 88% of people believe illegal dumping is a moderate or serious problem in their local area.

Over 300 people across Galway participated in Sinn Féin’s survey, with 79% stating that they see items illegally dumped in their local area at least once a week.

East Galway Sinn Féin’s Louis O’Hara said that the responses indicate a lack of facilities across County Galway to dispose of waste.

“42% of respondents stated that they do not have adequate waste disposal facilities in their local area and many have to travel long distances to reach their nearest recycling centre,” said Mr O’Hara.

“The survey results demonstrate clearly what needs to be done to resolve the dumping epidemic,” added Mr O’Hara.

“We need waste collection to be taken back into public ownership and provided at a much reduced rate or free of charge.

“Not only would this remove the cost barrier, but bringing waste collection back under local authority control would mean easily identifying those who are not paying for waste collection as they can get a knock on the door and be asked how they are disposing of their waste.

“Private providers won’t and can’t do this while local authorities can.”

The Sinn Féin representative said that more civic amenity centres are needed across the county as well as longer opening hours so that people don’t have to travel long distances to dispose of their waste.

“This is an issue in the south and east of the county in particular. At a minimum there needs to be civic amenity centres provided for Gort and Loughrea towns,” he said.

“We need to see greater penalties and greater enforcement. The fine of €150 is inadequate, especially when one considers how much households are paying annually for waste collection.

“Local authorities need additional resources so that we can provide more litter wardens who will educate and enforce on the ground. We also need to see an exemption from GDPR rules so that CCTV can be used to identify perpetrators.”