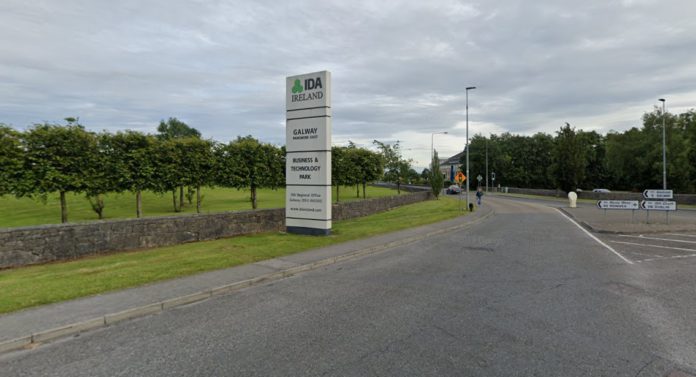 IDA Ireland has submitted plans to the county council for the expansion of its Parkmore Business & Technology Park with the construction of an Advance Technology unit.

The IDA is seeking planning permission to for a two storey building with 4,542m² of office and light industrial floor space on land at the east end of the existing Business & Technology Park.

The bulk of the open plan offices would be located to the front of the building to provide a modern facade to the two elevations facing outwards, wrapping around the industrial areas in the centre of the building.

A separate planning application was approved the county council in February to extend the internal access road to reach this new site.

One submission related to this project was received from Transport Infrastructure Ireland, which raised concerns that the proposed development might not be compliant with the Galway Transport Strategy, due to limited public transport in the area, and a high emphasis on car parking.

The initial calculation of car parking spaces required for the site based on the city development plan was 139 space, but this was reduced to 103 after a consultation with the county council roads and transport unit.

Of these, 14 would be reserved for electric vehicles, seven for carpool vehicles, and another seven for fuel efficient vehicles.

However the TII submission states that the “inappropriate” level of car parking provision promotes an “undesirable dependence on the private car”, which could affect road traffic in the area.

Galway County Council is due to make a decision on this planning application by June 10.