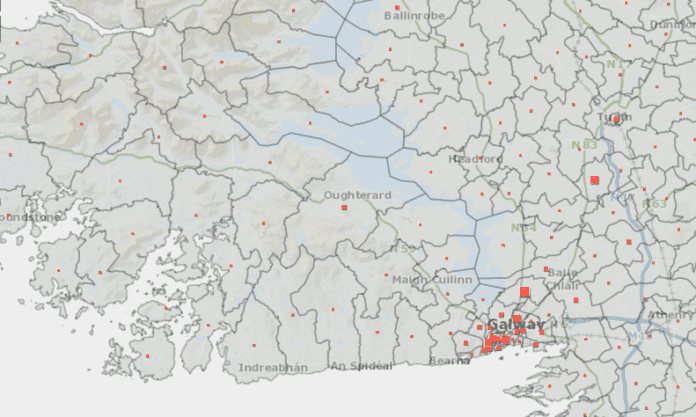 An interactive map launched recently has revealed the location of confirmed COVID-19 cases across the county.

The Department of Health‘s updated data hub shows the number of confirmed cases based on electoral divisions across the Republic – and includes further information such as the number of COVID patients in ICU.

The map, which can be viewed here, confirms that Galway City has been most affected by the pandemic, while many electoral divisions across the county have recorded less than five cases.

For confidentiality reasons, the data is limited in areas where the number of cases is less than five.

The map shows that as of the 12th of June, there have been 25 cases in Bearna, 30 in Eyre Square and 27 cases in Castlegar.

At least six cases have been reported in Tuam Urban, while Loughrea Urban has seen nine cases.

The Department says it should be noted that a high proportion of cases recorded on the map will have fully recovered.

They also say that for some cases, their location on the map may reflect their place of work rather than their home address.