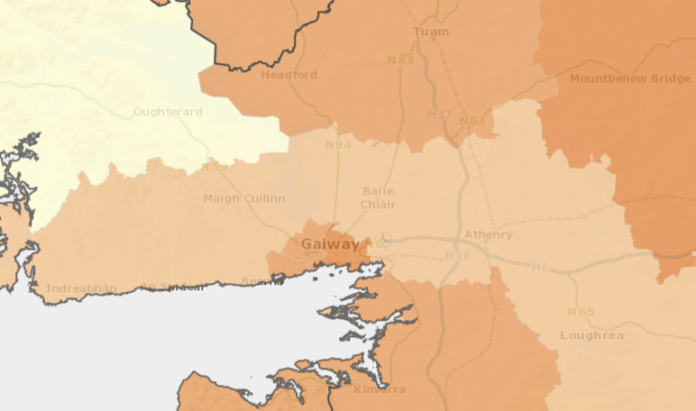 A total of 94 cases were recorded in Galway city in the two weeks to April 5, with Galway City East LEA accounting for over half of the new cases.

The two local electoral areas in Connemara along with Loughrea have again recorded the lowest incidence rates in the county.

New data shows that the two-week incidence rate in Loughrea LEA has fallen to just 34.5 cases per 100,000 people, a huge decrease from two weeks ago when the rate was 224.

Fewer than five cases were recorded in Conamara North LEA, while in Conamara South the rate is 23.4 cases per 100,000 inhabitants, with exactly five cases confirmed in the area in the 14 days to April 5.

The two-week incidence rate nationally when the data was recorded on 5 April was 157,1 cases per 100,000 people.