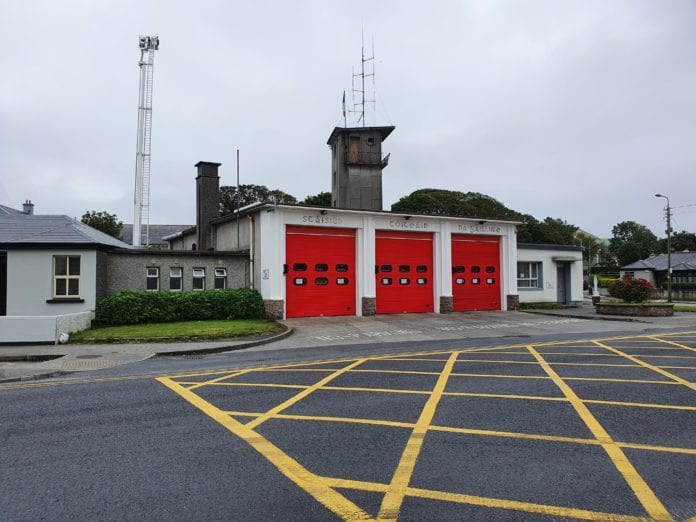 Galway City Council has once again granted retention permission for temporary offices at the Fire Station in the city which have been in place more than 20 years.

The county council, as operator of the Fire Service, sought retention for prefab offices to the rear of the station, and seven parking spaces out front.

Retention permission for the offices and parking spaces at the fire station was ultimately granted by the city council with four conditions attached.

The council stated that the temporary offices and the car parking spaces out front must be removed, and the land re-instated within four years of the grant of planning permission, unless further permission is sought.

In seeking approval for the retention, the Chief Fire Officer said that when approval was first given for these offices in 2000, it was envisaged that the fire service would be moving to the a new station to be built in the city.

That has failed to happen in the intervening decades, but he added in the letter submitted with the application in July of 2020 that multiple sites are undergoing feasibility studies, and that it is hoped that the process of building a new station would move forward “in the coming years”.

In September of last year, the city council sought further information from the fire service on what the current position of the search for a new site or buildings is, including details about said feasibility studies, and what timeframe exists for building a new station.

The “temporary” prefabricated offices and parking spaces at the fire station were first granted planning permission by the city council in April of 2000.

Since then, retention permission for the offices has been granted on multiple occasions, the most recent of which was in 2014.

Even at that point, the council said in 2014 that it may not look favourably on any further application to retain the prefabs.

This was due to the fact that the “cumulative number of years for which temporary permissions have been granted far exceeds what would normally be considered temporary”.

In response to the city council’s request for further information, the Chief Fire Officer wrote that the existing fore station site on Fr Griffin Road is considered unsuitable due to the fact that the service has expanded significantly over the years.

That expansion in personnel is also the reason why the temporary offices needed to be erected in the first place.

“Unfortunately to date, a suitable site has not been acquired which has resulted in our extended stay in the Fire Station Headquarters at Fr. Griffin Road in Galway City.”

“It is intended to have additional site studies carried out over the coming months to progress the demand for a new fire station.”

He said that it is hoped that a site will be secured within the next two years, with a view towards commencing construction in 2023.