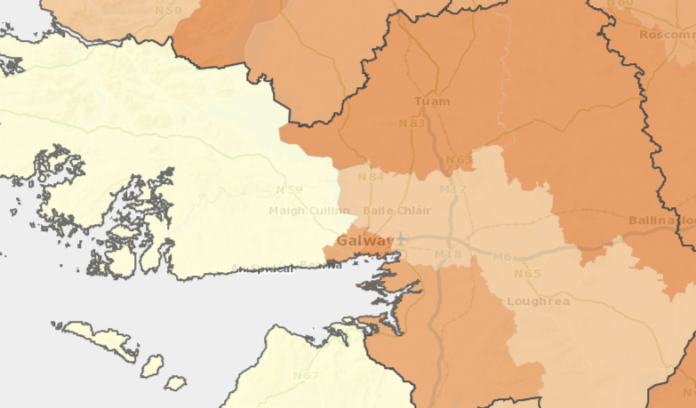 Galway City East’s 14-day COVID rate has increased slightly since last week, with the local electoral area continuing to record the highest incidence in the county.

Elsewhere in the city, the rates are lower, with the local electoral area in Galway City West recording an incidence of 63.1 cases per 100,000 people, while Galway City Central’s rate remains the same as last week at 104.9.

The latest breakdown shows that the two electoral areas in Connemara have the lowest rates of the disease in Co. Galway.

Both Conamara North and Conamara South LEAs recorded fewer than five COVID-19 cases in the two-week period to April 12.

Thirty-five cases were reported in Ballinasloe where the rate is now 124.5 cases per 100,000 population, while Loughrea recorded just five new cases in two weeks.

In Gort-Kinvara LEA, the 14-day incidence rate now stands at 80.8 cases per 100,000 people after 19 people were diagnosed with the disease.