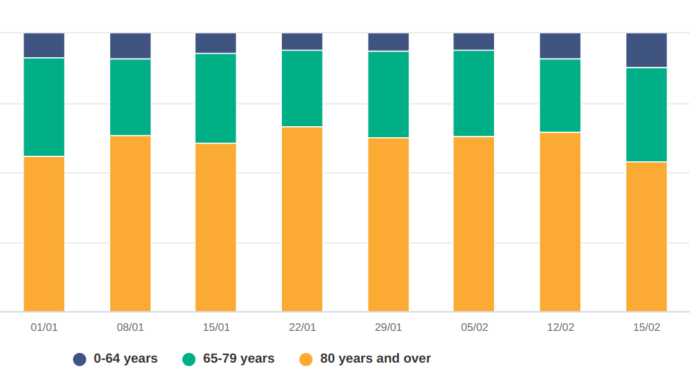 Three people died in Galway from COVID-19 between 12 February and 19 February, taking the overall number of Covid deaths here since the start of the pandemic to 95.

This was a significant decrease in deaths compared to previous weeks – the first week in February saw a total of 24 Covid deaths in Galway, while 12 people died from the disease in the last week of January.

The median age of the 95 deaths that have been recorded in Galway is 81, which the joint-second lowest median age of any county in the state.

Galway also continues to have the lowest median age of confirmed cases in the country at 33 – five years younger than the national average.

Across the Republic there were 146 COVID-19 related deaths in the week ending 19 February, 88% of which were among people aged over 65 years.

More than one third of the deaths recorded during the seven day period occurred in Dublin.

There were 229 health care workers diagnosed with the virus in the week ending 19 February, the lowest weekly figure since the last week in October.