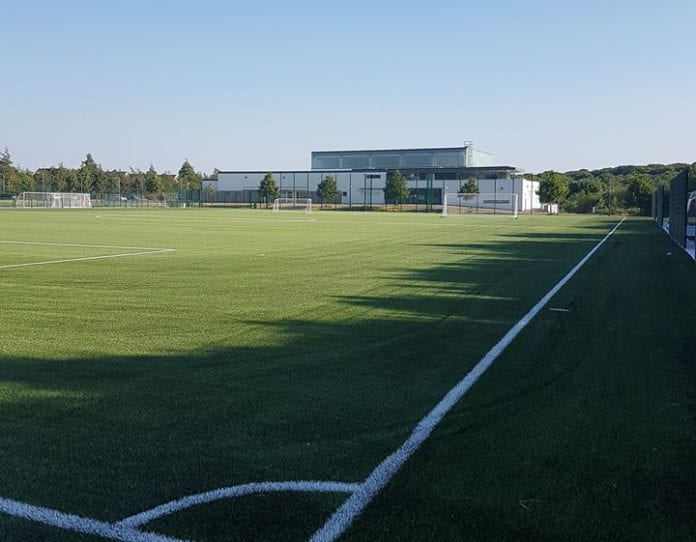 Galway City Council announced plans for new floodlights at Cappagh Park pitch in Knocknacarra after the old lights were ordered down.

Knocknacarra FC was ordered in January to take down temporary floodlights it had erected to let people use the 3G all weather playing pitch at Cappagh Park.

The order to remove the temporary lights attracted strong local opposition, with protesting parents saying that hundreds of children would be affected.

The city council said at the time that erecting lights without planning permission could have a negative effect on any application for permanent lighting.

The all weather playing pitch was installed in 2018 with the help of funding from Galway City Council.

The council has now stated its plans to erect eight 15m high floodlights with LED luminaires to facilitate the all weather playing pitch.

The plans can be viewed at City Hall from today onwards during normal business hours.

Public submissions and observations concerning these plans can be made to the city council until April 30.