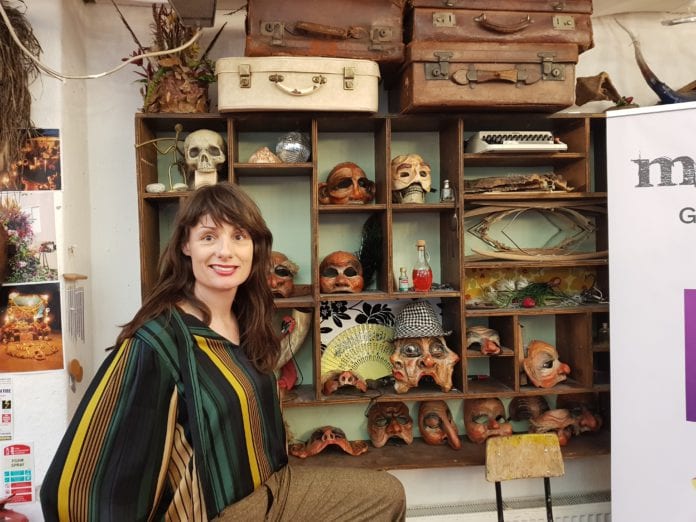 Galway’s own masters of visual storytelling and breathtaking spectacle Macnas have unveiled their most ambitious project yet, Gilgamesh.

Macnas will be staging Gilgamesh as four distinct events around the city and county throughout the Capital of Culture year to reach the greatest possible audience through different artistic media.

The Epic of Gilgamesh is the world’s oldest piece of literature, dating back to Ancient Mesopotamia as far back as 2100 BC.

It tells the tale of Gilgamesh, no surprises there, a young hero king who embarks upon a quest to seek answers to humanity’s fundamental questions about love, power, death and immortality.

Two parts God and one part hero king, Gilgamesh meets his match in Enkidu, a wild man dispatched by the Gods to challenge him, and sets him on a path that that explores every aspect of humanity.

Macnas’ unique take on the story will elevate its signature visual storytelling to new heights, with street spectacle and theatre production in both indoor and outdoor arenas, and venturing into digital territory for the first time.

The year-long epic will bring the contemporary themes of this ancient origin story to life on a never-before-seen scale, inviting intrigue and participation from audiences locally, nationally and internationally.

Macnas Artistic Director Noeline Kavanaugh said that working on Gilgamesh has given them an “unprecedented opportunity” to connect with audiences around the world.

“With this amazing project, the talent and commitment of the many artists and magic makers who are the Macnas family will be unleashed.”

She added that none of this would have been possible without the support of Galway 2020 and the European Capital of Culture.

Audiences will first be introduced to Gilgamesh over Easter Weekend, with a series of unannounced live pop-up performances around Galway city and on digital platforms on April 10-12.

Anyone who is worried that Macnas are done with parades will be overjoyed this June 21 when Gilgamesh will sweep through Galway city in that style only they can truly master.

Accompanied by a panoply of characters, Gilgamesh descends upon the city on Midsummers Night where he encounters  gods and mortals, monsters and marvels, as an epic world infused with magic and mayhem comes to life on the streets of Galway.

Come November the show will be moving indoors as award winning Irish playwright Marina Carr brings the story to life on the stage of the Black Box Theatre from November 16-28.

And finally, on December 12, this epic tale is moving to the countryside, with a journey into the wild landscape of County Galway where audiences will witness a fiery, ritualistic close to this legendary epic with an unforgettable epilogue about love, loss and fallen Gods.

Though their parades are always a group effort, this incredible project has seen Macnas working with a greater range of spectacular artists and collaborators than ever before.

“A big part of Galway 2020’s role as European Capital of Culture is to supporting really exciting and ambitious projects by organisations that can strengthen their local and international profile for the future,” said Helen Marriage, Creative Director of Galway 2020.

“Gilgamesh is exactly this kind of project, with Macnas collaborating with exceptional artists and exploring new platforms for their work to reach new audiences at home and abroad”.

As part of the project, the company will also implement a major digital programme on Macnas.com – to include a series of specially commissioned short films.

This will allow the work to be experienced by a truly global audience in Galway’s year as European Capital of Culture.