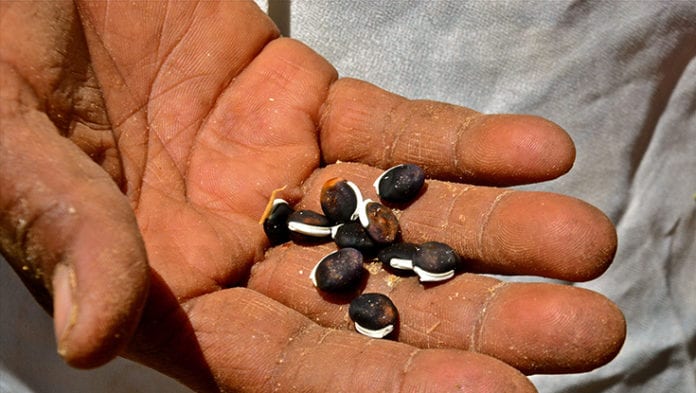 A study carried out by NUI Galway has found that the majority of land cultivating beans will be unable to support them by 2050.

Currently, most beans that we consume are cultivated in the South-East of Africa.

But a study of crop simulation models, field trials and molecular laboratory experiments analysing yields found that most of those areas will be unfit for bean cultivation by the half century mark.

Lead Scientist on the study Charles Spillane said their research will contribute to the growing body of evidence that climate change is affecting agriculture.

“Our results highlight the need for accelerated development and seed-system distribution of heat-tolerant and drought-tolerant common bean varieties that can maintain yields while also improving nutritional quality, for example, through genetic ‘biofortification’ breeding under future climate change scenario,” he said.

An analysis of beans grown in drought conditions found that on top of reduced yields, those that did grow had lower levels of important nutrients like iron, protein, and zinc.

They also had higher levels of substances that negatively affect human health like phytic acid and lead.

Dr Andy Jarvis with the CGIAR research programme on Climate Change, Agriculture, and Food Security said that decreasing nutritional value from beans would have a devastating impact in many parts of the world.

“Such loss of dietary nutrients in foods will further aggravate the nutritional deficiency experienced by hundreds of millions of people, particularly the poorest in developing countries in Asia and Africa.”

This research was carried out as a joint study between Ireland and Malawi, with international partners.

NUI Galway, the CGIAR Research Program, and the International Center for Tropical Agriculture (CIAT), all contributed to the study.

It was funded by CGIAR, Irish Aid, and the Science Foundation Ireland.

They also noted that for three years running there has been a rise in global hunger, with climate change and climate extremes playing a large role in affecting food supply.