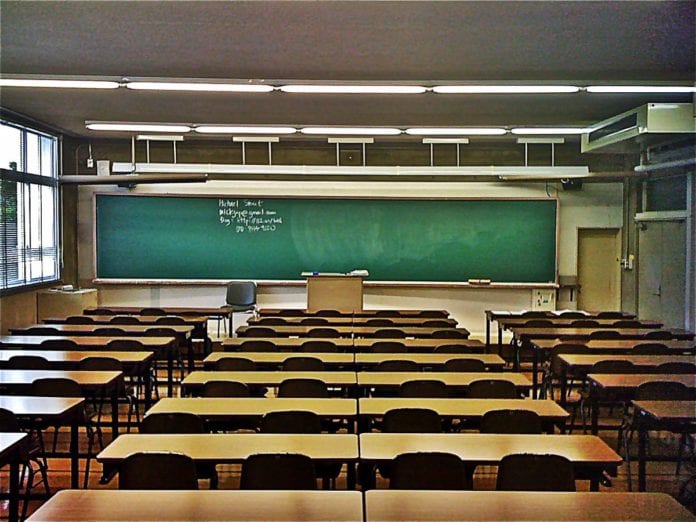 Parents are being invited to express their preference of patron for Oranmore and Galway City east’s new secondary school online.

The Department of Education’s Online Patronage Process System, which launched today, lets you pick your preference of four potential patrons for the new school.

The Galway Roscommon Education and Training Board, Educate Together, Scoil Sinéad Limited, and the Bishop of Tuam, Killala, and Anchory have all applied to manage the school.

Minister for Education Richard Bruton said of the public consultation: “Parental preferences for each patron, from the parents/guardians of children who reside in the school planning areas concerned, together with the extent of diversity currently available in these areas, are key to decisions in relation to the outcome of this process.”

The online poll is open to all parents of children within the catchment area who are due to start secondary school between 2019 and 2023. A map of the area the new school will serve can be found on the GRETB’s website here.

Interested parents can access the poll at the the Department of Education’s website here. The system provides parents with information on each of the prospective patrons to help them decide how they would like the new school to be managed.

The patronage determination process for new schools is overseen by the independent New Schools Establishment Group. It was set up in 2011 to advise the Minister on the patronage of new schools following a report on the applications received.

The patronage process will continue until July 31 when the poll will close. Afterwards the NSEG will report to Minister Bruton with a recommendation.

The 1,000 pupil school, provisionally known as Cólaiste Chúil Each, is set to open in September next year, though a site hasn’t been chosen for it yet. It’s one of 42 new schools planned to open around Ireland between 2019 and 2022.

There Online Patronage Process System currently has options for four new schools around the country set to open in 2019.

The four schools will serve Galway city and Oranmore, Wicklow, Laytown and Drogheda in Meath/Louth, and the Donnymeade/Howth/Dublin 13 area.

Educate Together has applied for patronage off all four schools with CEO Paul Rowe saying they would bring their equality-based ethos and inclusive atmosphere to any new school they run.

The GRETB announced its intention to apply for patronage earlier this month. If they are granted patronage of the new school it will be the 21st community college managed by the GRETB.