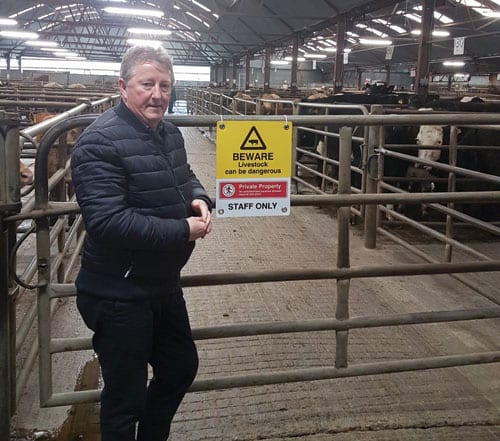 The Independent TD said it makes no sense for meat factories to cut the price of lamb for farmers by up to 50c per kilo when the demand for meat is higher than ever.

People have been stocking up on meat and other food supplies in recent days as they begin to self-isolate as much as possible to prevent the spread of Covid-19, with more lockdown measures expected in coming days.

“The excuse that there has been disruption to the Chinese markets is not sustainable,” Seán Canney said.

“Our farmers are vital to our food supply and they should be supported in their efforts and treated fairly.”

Deputy Canney has sided firmly with the Irish Cattle & Sheep Farmers Association which has called on the government to condemn what it calls “blatant profiteering” by factories.

“How can the meat factories explain cutting prices when they can’t even keep lamb on the shelves in Irish stores,” asks ICSA sheep chairman Sean McNamara.

“Irish farmers have seen no benefit whatsoever to date from Chinese sales and the head of ABP recently stated that China was of very limited benefit.”

“So, it is completely hypocritical to turn around and now use China as an excuse,” McNamara said.

Ireland’s food security is more crucial than ever right now, McNamara added, saying that meat factories should show farmers respect instead of draining money out of rural Ireland.