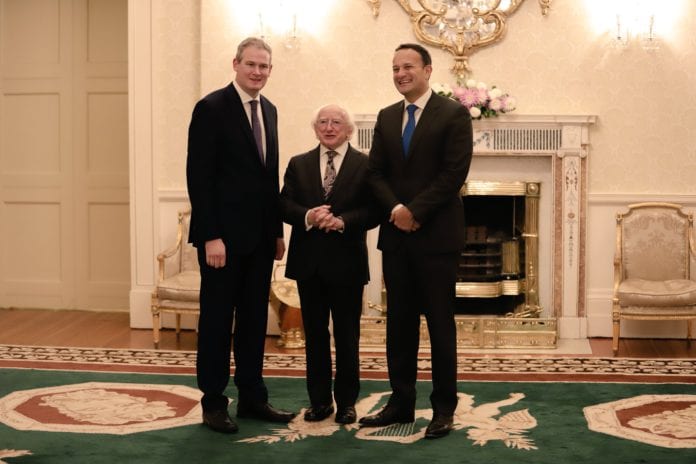 The Cabinet has approved the promotion of Galway TDs Seán Canney and Sean Kyne.

Galway West TD Sean Kyne has been appointed Government Chief Whip and Minister of State the Irish Language, the Gaeltacht and the Islands.

Seán Canney has been appointed Minister of State for Rural Affairs and Natural Resources.

Responding to this, Sean Kyne said: “As Chief Whip I am responsible for the day-to-day running of Government business, in particular in the Dáil, and I am looking forward to the challenge that this new role brings.

“As Minster of State at the Department of Culture, Heritage and the Gaeltacht I have responsibility for the Irish Language, the Gaeltacht and the Islands. The promotion of An Ghaeilge is a key responsibility and I will be working on the implementation of the Twenty Year Strategy on the Irish Language and on ways to increase the use and visibility of our first official language across the country.

“As Minister I also have responsibility for the Islands and I will be working to ensure the sustainability of our island communities.

“I am fully aware of the privilege that it is to represent the people of Galway West, including South Mayo, in Dáil Éireann and now also to be appointed Chief Whip and Minister of State at Cabinet.

“I am looking forward to taking on my new responsibilities and to playing my part in furthering and implementing policies and measures for the benefit of people and communities across our country.”

East Galway TD Seán Canney commented: “Now that I am appointed as a Minister of State I hope to be in a position to assist in the implementation of the remainder of the Programme for Government.

“I also look forward to working with Ministers Michael Ring and Richard Bruton and I acknowledge the work that has already been done in the Department of Rural Affairs and Natural Resources by my predecessor, Seán Kyne, a fellow Galway man.”