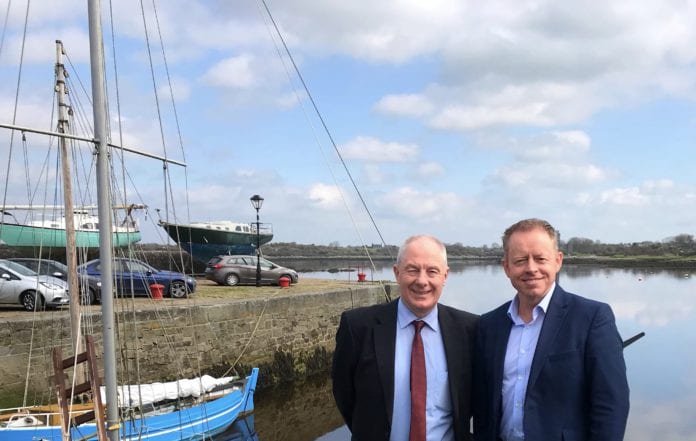 The proposal by Kinvara Community Council to develop a seaside boardwalk connecting Kinvara village to Dunguaire Castle is visionary and deserving of government support.

That’s according to Minister Ciaran Cannon who says an application for funds to bring the project through the design and planning process has now been submitted by Galway County Council.

Minister Michael Ring, who is responsible for the administration of the funding programme, visited Kinvara earlier this year to meet with Kinvara Community Council and see the site for the boardwalk development.

Minister Cannon said: “I am pleased that Galway Co. Council has now submitted an application for funds to support the design and planning phase of the development of this boardwalk.

“This would be the most exciting amenity to be developed in South Galway for decades. The boardwalk would connect the much visited Dunguaire Castle to Kinvara village and would in itself become a major tourist attraction.

“I invited Minister Ring to Kinvara last April so that he could see the potential of this project and meet with the members of Kinvara Community Council.”