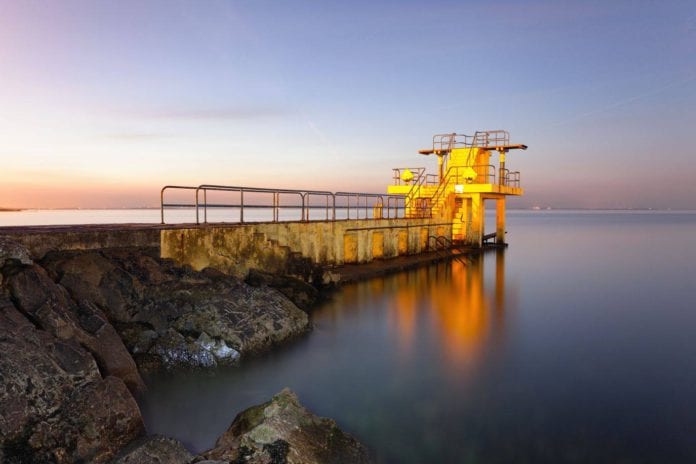 Blackrock Diving Tower is open again this morning with strict monitoring in place after the city council announced yesterday that it would be closed until further notice.

Shortly before 1pm on Tuesday, the city council said that it was closing the popular Salthill beach and swimming spot due to “large crowds gathering and issues with maintaining social distancing”.

However, later that same day, at not long before 6pm, the city council said that Blackrock would be open again from this morning, but that this could change.

“Galway City Council asks that all users of the tower adhere to social distancing guidelines.”

“The situation will be monitored in the coming days and access to the the tower may be closed again should the need arise.”

“Measures may be introduced at other other beach and amenity facilities should the need arise, in the interests of social distancing and public safety.”

Blackrock Diving Tower has already been closed, reopened, and then closed again due to social distancing problems in April and June of this year.

On past occasions this action had been taken at the request of An Garda Síochána, and had previously seen restrictions imposed at the Claddagh Basin and Spanish Arch.

It has been a popular destination along with beaches in Salthill after a rare spell of good weather Galway has enjoyed in recent days.