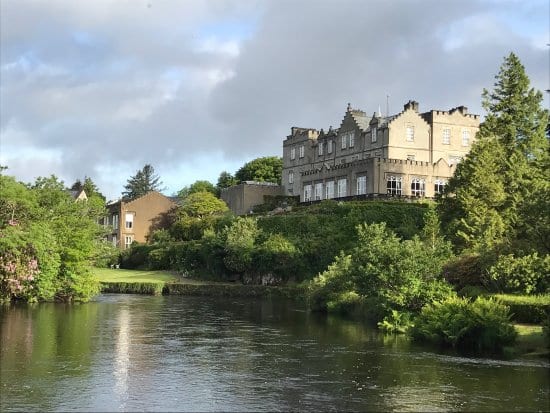 Ballynahinch Castle Hotel in Connemara has submitted plans for expansion including demolishing an existing building and constructing a new guest wing.

The Ballynahinch Castle Hotel has made a planning application to demolish a staff accommodation block built in the 90s and constructing a new two storey guest wing with 10 bedrooms in its place.

Other works involved in the renovations include building a link corridor from the new wing to the existing hotel and installing new staircases to access the guest wings.

A Natura Impact Statement for the project compiled by Brady Shipman Martin Planning and Landscaping Specialists said that the development would not impact on any conservation interests in the area.

However, the Department of Arts, Heritage, and the Gaeltacht noted that the proposed development is right next the Connemara Bog Complex Special Area of Conservation and expressed concerns that the project could affect a number of habitats.

The county council made two request to the hotel for an updated NIS and Waste Management Plan, noting that the first plans included in the application did not contain enough information on how the developer proposed to mitigate any ecological impact.

It is proposed that a disused Bord na Mona wastewater treatment plant behind the staff accommodation building will be decommissioned and demolished, while waste management will be handled by a new treatment system which was installed in 2016.

Ballynahinch Castle was built as a country home on the Owenriff river in the first decade of the 19th century.

A Protected Structure, it has been expanded multiple times from the 1870s on.

In the early 20th century the current top floor was added to the building, and in the 1990s a single storey, wraparound extension was built around the east and south of the building.

It has passed through many hands over the years, getting foreclosed on by Law Life Insurance Company in the 1840s which led to a first failed attempt at opening a hotel.

The Castle later belonged to wealthy sportsman in the 1870s, and was leased to an Indian prince in the 1920s.

It wasn’t until 1946 that it reopened as a luxury, country hotel which it has remained as ever since.

Galway county council is due to make a decision on whether to grant this planning application by April 15.