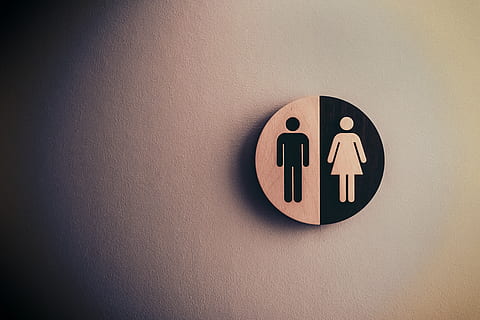 Ballinasloe’s public toilets are a disgrace and in urgent need of refurbishment, a Galway county councillor has said.

The councillor raised the concerns at this month’s Ballinasloe Municipal Council meeting which was also attended by executive of Galway County Council’s Infrastructure and Operations Services.

She told the meeting that Ballinasloe’s two blocks of public toilets are situated in ideal locations, at St Michael’s Square and at Society Street, and have a great advantage in that the sites and buildings are already in place.

But the Independent councillor said that both are badly in need of building improvements, accessibility works, baby changing and baby nursing facilities, and a complete overhaul to make them fit for purpose.

“There’s a huge rise in running walking and cycling activities in our town at present and many participating in worthwhile fundraisers, however some residents tell me they would not use our public WCs in their current state,” she said.

“How can we expect to safely accommodate our community’s reliance on outdoor lifestyles let alone welcome cyclists, walkers and tourists?

“We cannot afford basic public infrastructure to lag behind as Ballinasloe needs to play a major role as the economic driver for the wider East Galway area to attract business and job creation.”

When society opens up and food is permitted to be served outdoors, Cllr Parsons said that ”local businesses need to be in an immediate position to attract outdoor diners, and those diners will need proper accessible toilets and hand washing facilities.”

The councillor also called for cycle friendly drinking water fonts to be installed to cater for increased numbers of active users and visitors to the town.

“l believe Ballinasloe needs to firmly position itself early as the Heartland Hosting Town to welcome increased numbers of cyclists and walkers which the potential cycleway route will attract.

“There’s enormous momentum building in Ireland’s Hidden Heartlands. The €70 million Shannon Tourism Masterplan unveiled this month includes Ballinasloe within its scope and when the Beara Brefne Walkway plan is published later this year Ballinasloe will be the largest town on its 500km route.

“The Beara Brefne National Walkway’s lead agency is Ireland’s Hidden Heartlands which presents us in East Galway with huge tourism potential and I am adamant that Ballinasloe needs to put in the ground work, to be ready and able to harness it from the get go,” added Cllr Parsons.