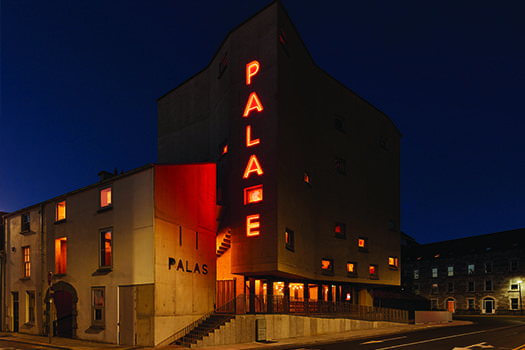 At the time the arthouse cinema company had just €2,124 in the bank according to documents filed recently with the Companies Registration Office.

Galway’s arthouse cinema, now operating as the Palas under different ownership, has a controversial history marred by years of delays and cost overruns since being conceived in 2004.

The project ended up costing more than €7 million in public funds alone, including €2 million from Galway city council to purchase the site on Merchant’s road for the cinema.

Significant amounts of private donations were also made to the project, the handling of which ended up coming under heavy criticism from the charities regulator.

In 2016 Solas came to an agreement with private company Element Pictures to transfer a large portion of its assets and liabilities to them.

This deal came under heavy criticism from the charities regulator in a report last year, which said the board of trustees at Solas failed to perform and independent evaluation to ensure they were getting the best possible deal.

CEO of the Charities Regulator John Farrelly said at the time that more effort should have gone into keeping the cinema in the public sector considering the amount of donations that were made towards the project.

Those donations were also heavily scrutinised as Solas Galway Picture Palace Company recorded no income on its books after 2007 despite receiving donations during this period.

They were instead listed as liabilities, though there was no expectation that the charity would have to repay donations.

In July of 2017 the company went into liquidation, leaving a debt of €821,353 to “unsecured creditors” and assets of just €2,124 which were used to pay liquidator’s fees.

The arthouse cinema opened in February of last year as the Palás cinema, and has since won architectural awards as well as recognition for Merrow Rrestaurant, which opened at the cinema last September.