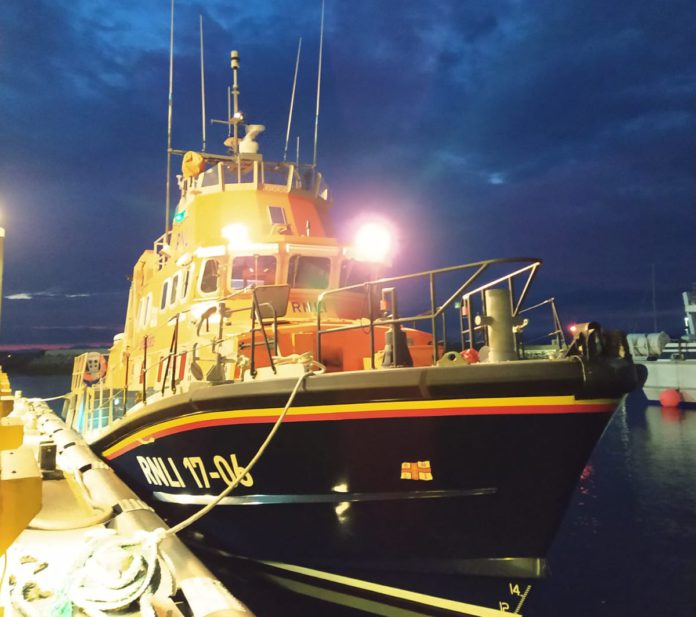 The Aran Islands RNLI lifeboat was called out to one of its chief functions in carrying out a medical evacuation in the middle of the night.

The All-Weather lifeboat was called out shortly after midnight on Wednesday, as a patient on Inis Mór needed medical attention on the mainland.

The lifeboat launched under Coxswain John O’Donnell and a full crew onboard.

Conditions at the time of launching were challenging with a strong south west wind blowing and a 3m sea swell.

Once the patient was aboard, the lifeboat headed straight for Ros a Mhíl harbour, where they were transferred to a waiting ambulance.

Speaking after the call out, Aran Islands RNLI Coxswain John O’Donnell said “it was a dirty night but the volunteer crew didn’t hesitate to respond to get the patient on their way to the medical attention needed.”

He added that they wish the patient a speedy recovery, and cautioned people to be safe on the water in light of the rough week we’ve had.

“With the recent weather conditions, we would like to advise the public to follow all weather warnings and if going out to stay safe”.

“Stay well back from cliff edges and if you see someone in trouble call 999 or 112 and ask for the Coast Guard.”