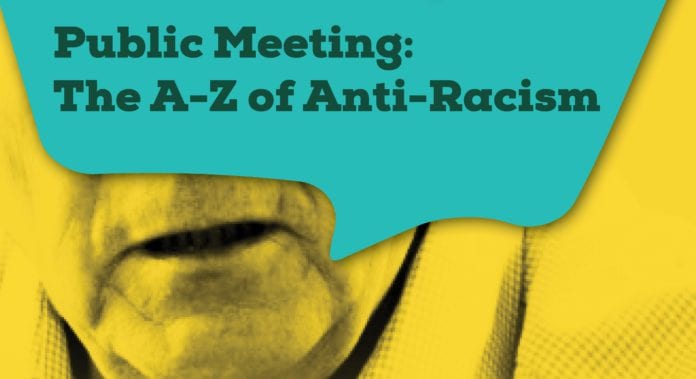 A public information event organised by the Galway Anti-Racism Network which took place on Tuesday evening in the city was attended by up to 150 people.

The ‘A-Z of Anti-Racism’ event took place in the Harbour Hotel this week to give a platform to people who experience everyday racism in all its forms, residents of direct provision centres, and members of the travelling community.

The meeting was about providing a ‘toolkit’ to members of the public to combat racist rhetoric and hate crimes.

Building on the theme of the event’s name, a GARN spokesperson said that 26 separate principles of anti-racism were developed over the course of the four hour event.

GARN member and Professor of Psychology in NUI Galway, Brian Hughes, said “This event could not happen at a more pertinent time.”

“There has been a significant increase in racist rhetoric in recent months with a number of politicians unfortunately contributing to the atmosphere.”

“What we hope to achieve is to normalise the idea of being anti-racist – to empower people to challenge such rhetoric in their own way and with the knowledge that there’s a support system in place around them.”

Joe Loughnane of GARN said that the roughly 150 people who attended were “A serious bunch of people delivering quality community work on an entirely voluntary basis”.

“Things were said tonight that spell out a reality. Cold hard truths that need to be addressed. There was an energy in that room that makes me feel it will be addressed.”