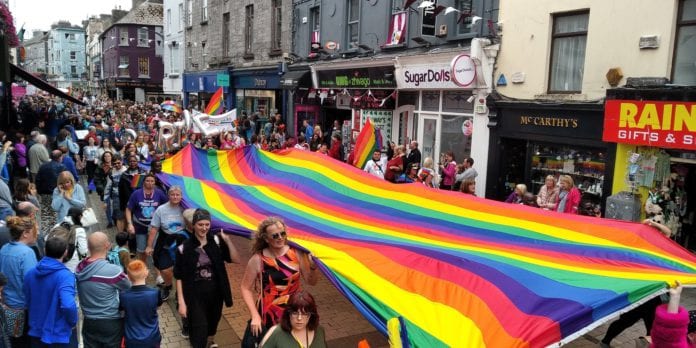 Galway Community Pride has revealed that they will be holding their first ever Winter Pride event this December.

Galway Community Pride is the longest running in Ireland, celebrating its 30th anniversary this year, and is adding to the Autumn Pride Festival in Autumn with a winter event.

“As a committee we’ve been thinking for a couple of months now how we can do more for the community all year round,” a spokesperson for

“We know you want more Pride and more LGBT+ spaces and we want to give it to you.”

“After the success of Halloween Pride we’re excited to announce Galway will have our very first Winter Pride this Decemeber.”

GCP said that this is something that they have been working on for several months now.

More details about the upcoming event will be revealed at a public meeting taking place at Teach Solais on December 3 which is open to all.

More than 2,000 people came out to join the annual pride march in August, which came at the end of the week long pride festival with a number of events commemorating 30 years of pride.

This years Pride was also Galway’s first bilingual year, and this is something they believe will also become a lasting tradition.