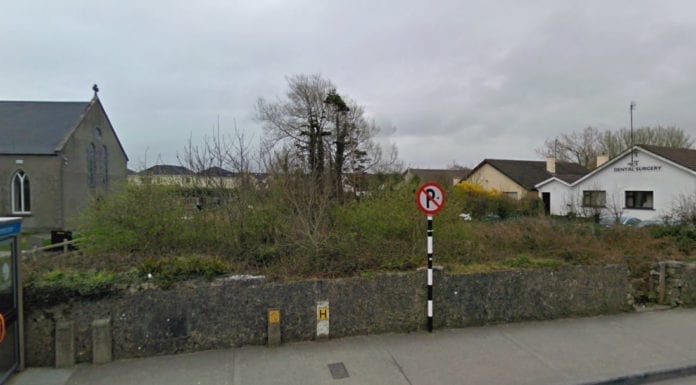 An Bord Pleanála has upheld the county council’s decision to grant planning permission for an Oranmore office development.

Approval was given for the construction of an office building on a site adjacent to the old church/library in Oranmore back in July.

According to a design statement submitted with the original planning application it is envisaged that the office building on Main Street, Oranmore will be used for professional services such as accountants or lawyers.

The infill site of 0.076ha is currently vacant, and when completed the building will have a total floor space of 184sq metres

The new design included a reduced amount of glazing on the northern elevation and and a narrower gate onto the main road to make clear it is pedestrian access only.

Two appeals were lodged against the county council’s decision to grant planning approval with An Bord Pleanála.

Both appeals raised concerns about the condition the site could be left in if work is halted due to the discovery of archaeological materials during construction.

Other concerns raised related to the loss of habitat on site, flooding and water logging in this area, and the potential this office building has to overlook neighbouring properties.

In response to these complaints the developer said that the planning grant did not require archaeological monitoring, but that they had no objection to adhering to the Department of Culture, Heritage, and the Gaeltacht’s recommendation for this.

It was also said that with the setback from the site boundary and overall building height, overlooking would not be an issue.

The developer also said that the position of this office building within the village core would enhance the ranges of uses within the town.

An Bord Pleanála ultimately decided to uphold the grant of planning permission with 10 revised conditions.