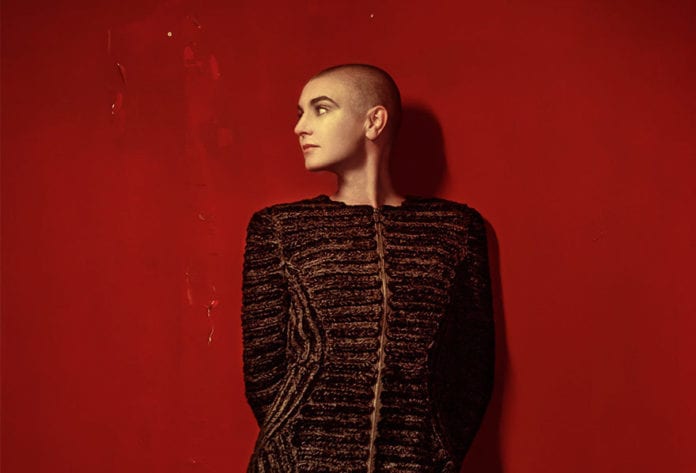 Irish music legend Sinéad O’Connor will be following up her October gig in Galway by closing out Galway International Arts Festival next year.

Sinéad O’Connor has been announced as the last act to play the Big Top on the final night of Galway International Arts Festival 2020 on Sunday, July 26.

Though O’Connor had to cancel her appearance at the 2015 Galway International Arts Festival, she has since returned to play in the City of Tribes.

After making a triumphant return to performing in 2018 after four years away, O’Connor came to Galway in October of this year for an intimate gig at the Roisín Dubh.

The show, which received incredible reviews, came shortly after an appearance on the Late Late Show where she delivered a powerful rendition of ‘Nothing Compares 2 You’, one of the greatest pop hits of all time.

Discovered by the drummer of well-known Irish band In Tua Nua, she co-wrote their first hit.

Shortly after being signed by Ensign records, her first album ‘The Lion and the Cobra’, released in late 1987, reached Platinum status.

In the years after she went from strength to strength with hits such as ‘Mandinka’ to the multi–platinum soul of Prince’s ‘Nothing Compares 2 You’.

Sinéad O’Connor’s Sunday 26 July performance will round out the final weekend of GIAF 2020, bringing the Festival to a close with a spectacular finish.

Tickets, priced at €49.50, will be available for purchase at www.giaf.ie from Friday 6 December at 9am.