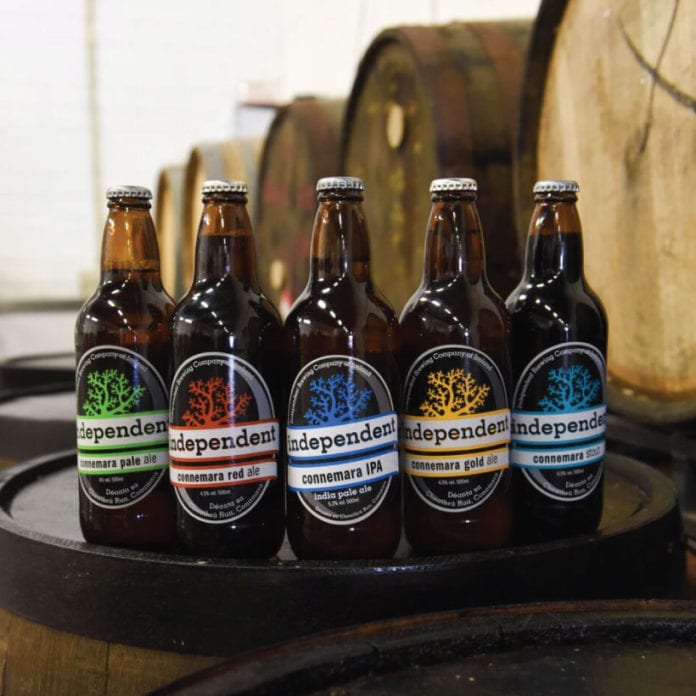 6 jobs have now been lost due to Independent Brewing having ceased its production.

It has been said that Independent Brewing will no longer continue to produce its beer.

A sad day for Connemara as @IndBrewing have ceased production of their fantastic range of ales and stouts.
Visitors will especially miss your #SummerAle 😢
Thank you Kevin for your contribution to the Connemara Tourism product 👍#CraftBeer#Connemara #WildAtlanticWay pic.twitter.com/kC9lKY9x1k

Today numerous people have shown support as they displayed their shock and sadness that the business will be no longer.

Sad news. Have tried to support local brews over the years and this was one of my favourites (the green label one). I hope this is not a direct result of my (selfish!) decision to quit drinking this year. Maybe I should have given more thought to the effect on the breweries…

Very sad news 😧 I was a Connemara Cascade fan. My brother, @cathalpeoc66 will be absolutely devastated . . . . . .

Michael Coyne, spoke about the effect this is going to have on the Connemara Gaeltacht.

“I have such pity for them. They did so much of their work by hand. It will be hard to fill the void, local beer made in Connemara.”

Coyne also said that it will be a big blow to tourism also and that it is now very clear to see how hard it is to start a business, and to keep it running when the tourism season is over.

“This is a huge blow for Connemara tourism. It shows how hard it is to run a business, to begin it and to make a profit in the economy that is here in Connemara. It’s hard when a big company like this ceases its craft.

“It also shows how important tourism is and that the tourism business will always be seasonal.”

After four years in production Independent Brewing are ceasing production. This is a huge blow to the Gaeltacht of Connemara, to the people of Connemara, the local businesses and especially the six people who have lost their jobs.