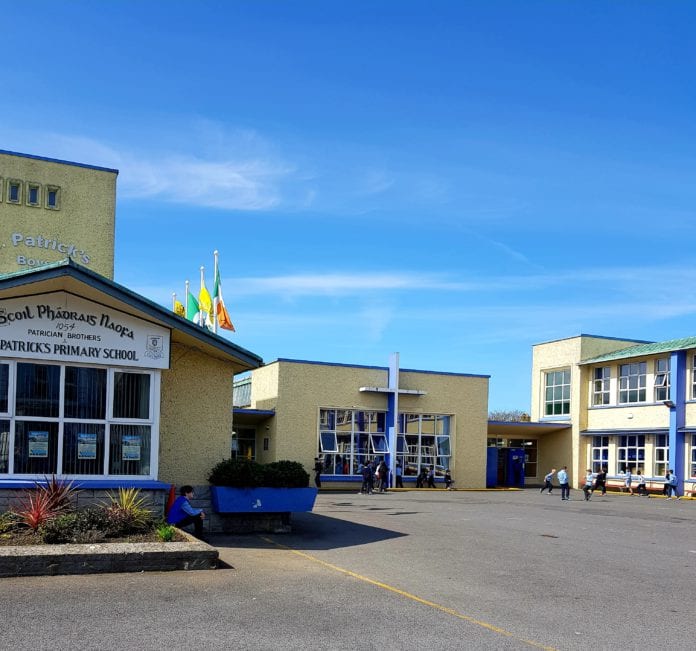 St Pat’s Primary School on Lombard Street in Galway City opened its  doors in 1954 as a boys only school in the heart of the City – and for the first time, the School will be enrolling girls from this September.

Since it was established, ten men have taken on the role of principal of St. Pats, however in 2017 history was again made with the appointment of the first female principal of the school, Ms. Marian Barrett.

Ms. Barrett in following the proud tradition of St. Pat’s is leading a “Holistic approach to children’s education & development, placing emphasis on developing healthy minds and bodies. Each child is nurtured, cherished and encouraged to reach their full potential while responding to individual needs.”

Traditionally St Pat’s would have enrolled boys only from second to sixth class but now are fully embracing changes that respond to the rapidly evolving needs of education in a modern cosmopolitan city.

This includes the introduction of Co-educational infant and junior classes.

St Pat’s, a school of excellence, is one of the largest established primary schools in the city, founded by the Patrician Brothers in 1827.

While the ethos is Catholic, the school welcomes and values all children whatever their religious beliefs or backgrounds. It is an inclusive happy school, which embraces diversity and responds to individual needs.

The St Pat’s Brass Band, the school choir along with national achievements in with their Athletics/ Running club, Football, Hurling, Gaelic football & Olympic handball as well as the Green Flag status means that students at the school are involved and interested in a range of extra circular activities and projects, making school about life learning as much as possible.

New initiatives already in operation and proving to be a huge success include Breakfast club, Pre-school and After-school club until 6pm.  As well as their traditional in- school and after-school activities, which include music, sport, debating, chess and school choir, there is a whole array of exciting new initiatives planned for the future.

The school which is an integral part of the city’s make up is well known for its wall murals which feature many well known Galway scenes. These were completed in 2017 and were driven by the teaching staff and have added a welcomed pop of colour to the school and to Galway.

St Pat’s are hosting an Open Day for all prospective pupils and parents on Tuesday 22nd May from 10am -12pm. Everyone is welcome to pop in, chat with teachers and explore the school grounds.

For enrolment details contact the Principal, Ms Marian Barrett on 091 568707, or email on saintpatricksgalway@gmail.com. You can follow St Pat’s on www.facebook.com/StPatsGalwayand Twitter @stpatsgalway. A night for past pupils is also happening in the school hall on Friday 15th June at 8pm.

Briain Kelly - January 27, 2022 0
American winger Shane Doherty will be staying with Galway United for the coming season, having announced that he is re-signing for 2022. The young winger,...