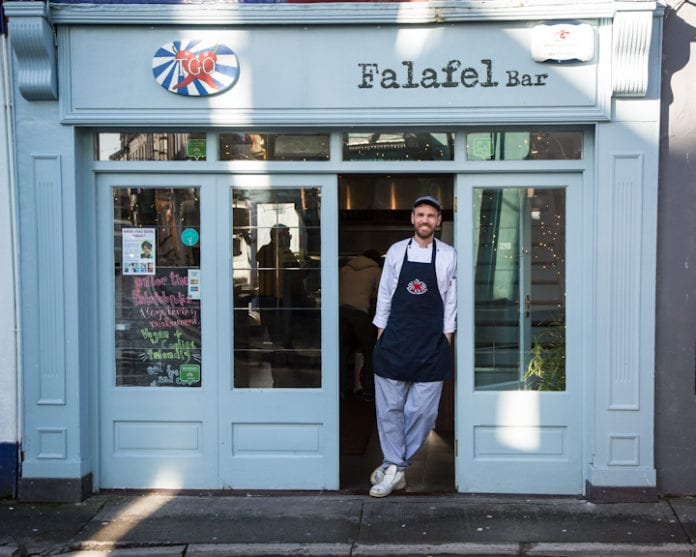 Galway’s quick and easy vegetarian dining option The Gourmet Offensive Falafel Bar is celebrating 15 years of plant based diets to the west of Ireland.

Starting out as a stall at St. Nicholas’ Market, TGO was the first place of its kind in the west of Ireland offering homemade falafel.

It expanded through time to bring this new cuisine option to many of Ireland’s largest music festivals as plant based diets became more and more popular.

After ten years in business, in November 2015, they moved to their fixed home at 11 Mary Street, but kept on bringing their plant-based magic to the Galway market every Saturday.

Food at The Gourmet Offensive is all about that homemade falafel, with an incredible range of pickled vegetables, salads and vegan sauces that would turn even the most staunch carnivore. 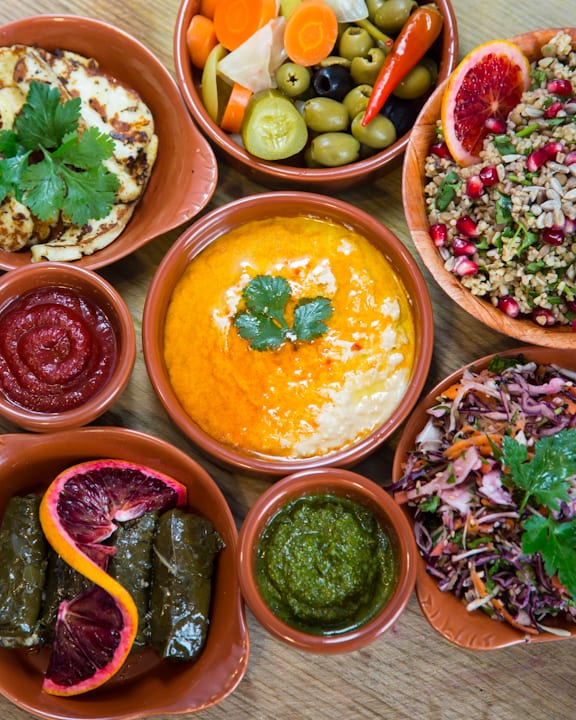 The restaurant is a vegetarian fast-food concept that has many vegan options made with locally sourced ingredients.

In the near future it’s planned to re-establish their farm in order to supply the restaurant and market stall with fresh, organic veggies.

Their home cut and cooked chips have become something of legend throughout Ireland, as they have been the offering at some of Ireland’s leading festivals and outdoor events like The Electric picnic and the Father Ted fest.

“The chips are twice fried in sunflower oil, that’s our little trick and we have had people coming to Galway after festivals just to get a hit of the chips, it’s brilliant really,” smiled owner Floris Wagemakers known as Flo around town.

In their ever-expanding quest to become more and more sustainable, the latest project involves making their own tofu.

Flo felt the quality of the tofu available wasn’t up to scratch, and as soya is always the cause for much controversy in a plant-based diet, they decided to do it themselves with organically sourced soya beans from Europe.

They now also make their own soya milk and excellent veganaise, as well as finding many interesting uses for okara, a by-product of soya milk production.

But locally sourced ingredients are still at the core of the vegetarian restaurant, with all salads, chickpeas, and pulses, along with most of the spuds and herbs, sourced from nearby farms whom Flo has built a relationship with over the past decade.

“We also have had access to a 5-acre site where we composted the food-waste and cardboard while planting trees, perennial herbs and vegetables, bamboo and flowers,” said owner Floris Wagemakers.

“With the pressures of running a restaurant, this site has now stopped being a viable asset to the business and we are now looking to re energise another plot of land in order to directly being focused and better on our local environment.”

“Business is hard, the pressure of ensuring all boxes are ticked for your customers and for your staff as well as ensuring there is enough money is a very hard task.”

“The environment we have created is huge for us so not having this site and doing business on our terms has been hard at times to digest.”