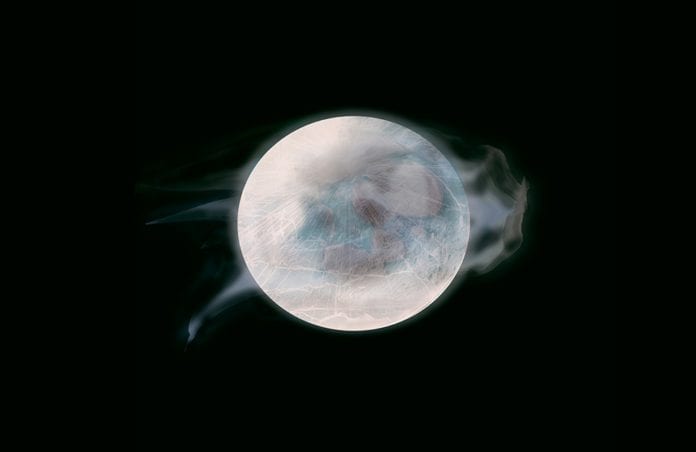 Astronomy and art have come together to create some breathtaking pieces of work for the Making Space exhibition at Galway Arts Centre next month.

Making Space is the result of a collaborative residency between researchers from the NUIG Centre of Astronomy and several talented artists.

Chloe Brenan is a Dublin based artist whose work steps between the languages of film, print, text, installation and photographic media, collaborating with Dr Ray Butler.

Recent exhibitions of Choe’s include ‘Independent Art Book Fair’, with REPLIKA Publishers in Brooklyn (2018) and ‘The medium in the message’ at The Library Project, Dublin (2018).

Jane Cassidy is a multi-disciplinary artist and educator from Galway, collaborating with Dr. Mark Lang.

She trained in music composition and visual art and is currently Assistant Professor of Digital Media at Boston College, Massachusetts.

Past performances include the European Media Art Festival, Germany and solo shows in Nevada, Louisiana, Alabama and Michigan.

She has exhibited extensively throughout Ireland and internationally, including exhibitions at The Science Gallery Dublin, The MAC Belfast, and ISCP New York.

And Treasa O’Brien is an award-winning artist-filmmaker collaborating with Prof. Andrew Shearer whose work has screened in art galleries, film festivals and social centres in countries around the world.

Treasa recently completed a PhD in Film by Practice, exploring documentary as a performative act, winning a full paid scholarship at Westminster University 2014-18.

This exhibition is part of the Royal Astronomical Society’s 2020 bicentennial celebrations.

Making Space is the only project in Ireland to join four others from the UK that have received RAS 200 Awards to support astronomy and geophysics projects.

The exhibition will open on Sunday, July 14 at 3pm with a panel discussion from the scientists an artists behind the project.

Afterwards it will be open for viewing at Galway Arts Centre until July 28. At a date not yet decided and audio descriptive tour will be organised for visually impaired people.