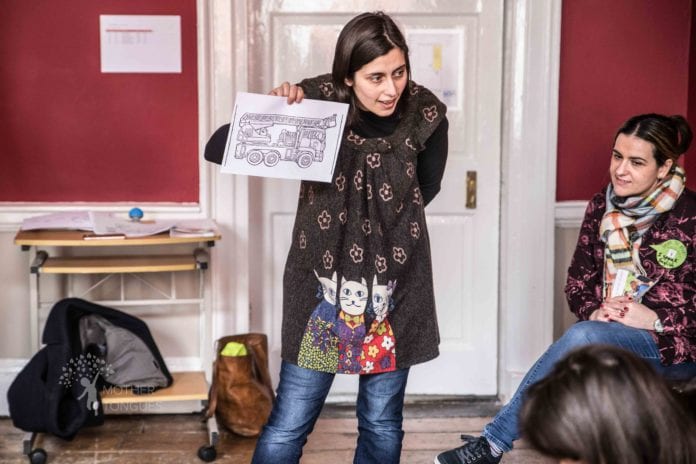 As a city known for being a melting pot of people from the world over, Galway is wonderfully placed to celebrate the languages spoken in Ireland today at the Mother Tongues Festival.

A Galway 2020 project, the Mother Tongues Festival will feature a range of performances and workshops for people of all ages in over 20 languages.

The Mother Tongues Festival Galway will take place this week on February 22-23.

Just some of the amazing events that will be on include ‘My Bilingual Child’ a workshop for the parents or guardians of children who speak more than one language.

This event on at the Harbour Hotel at 7pm on Friday, February 22 will look at maintaining a home language in the early years and helping kids stay bilingual through childhood.

Our native Gaeilge is not forgotten as the festival will also include screening of Grá & Eagla, a film about Irish people’s love and fear of speaking our own language.

The film follows comedian Áine Gallagher as she prepares material for her bi-lingual stand-up comedy show at the Edinburgh Fringe Festival.

Nollaig McGuinness, Community Engagement Coordinator for Galway 2020 said that language is one of the main themes of the year, and the Mother Tongues Festival fits perfectly with their goal of a sustainable future for Irish.

These are just three of the many events that will take place at Galway 2020, An Taibhdhearc, Áras na nGael, Harbour Hotel, Just Art It, and Galway City Library.

For the full programme and to get tickets go the Mother Tongues website.

“Almost 200 different languages are spoken in Ireland and the Mother Tongues Festival is celebrating the linguistic diversity in this country,” Francesca said.

“These new languages that have come to Ireland enrich our society and give us a different view of the world.”

“Our aim is to expose adults and children to as many languages as possible, to immerse themselves in new sounds and enjoy performances from a very wide range of cultures.”