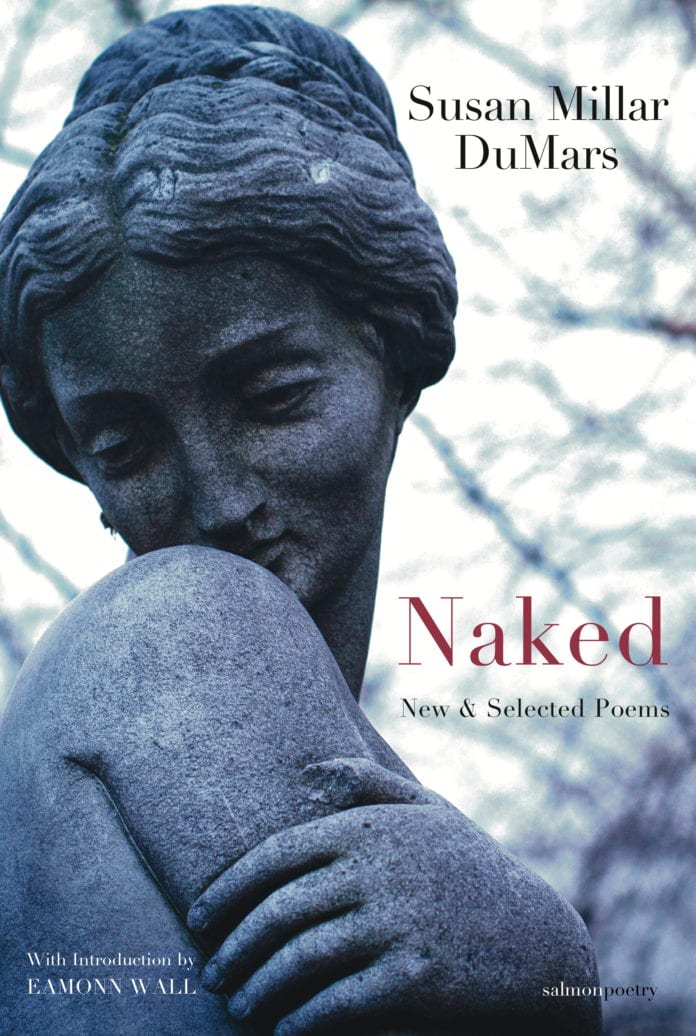 Galway based poet Susan Millar DuMars has gathered together a selection of her finest poems from the past 25 years, as well as a generous selection of new work, into a new collection launching this month.

Susan is an Irish-American poet who first came to Galway for the International Arts Festival in 1997 and got enchanted here as so many do.

Here is demonstrated the development of a poet born in twentieth century America and now dwelling in twenty first century Ireland; a voice all the more valuable for its hybrid nature.

When she writes of bodies; her own, the bodies of women, and the body of the nation; Millar DuMars uses plain and direct speech, ideally suited to the Galway of Savita Halappanavar and “The Lost Children of Tuam”.

Naked: New and Selected has been described as “a book of fables, stories, and magical convergences where public and buried lives are brought out into the light”.

Aside from publishing poetry, Susan also teaches classes in creative writing, and she and her husband Kevin Higgins run the Over the Edge literary festival.

The new collection is being launched by Ailbhe Darcy at the House Hotel, Spanish Parade on Sunday, April 14 at 2pm and all are welcome.