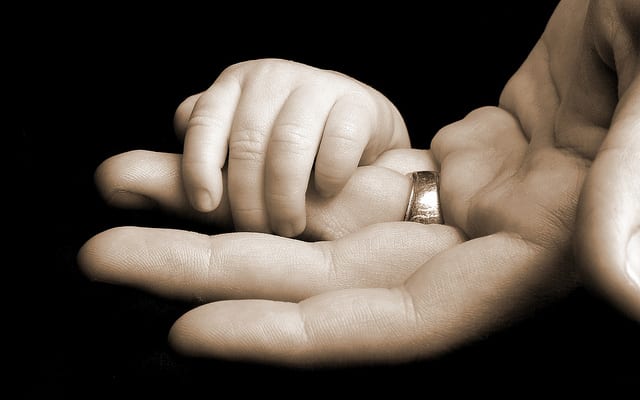 Dette McLoughlin is slender and soft-spoken, a tattoo of a blue heart on her right forearm the only indication that she isn’t your ordinary grandmother.

One of the founding members of Galway Pro-Choice, McLoughlin has been a women’s rights activist for over 20 years. But she didn’t start off that way.

“Until I was about 17 or 18, I was anti-choice,” McLoughlin admits, sipping thoughtfully at a pint of Guinness.

“I went to a convent school,” she explains, “and one day we were brought to a dark room, and when the lights went up we were surrounded by pictures of aborted foetuses. We were told the horrors of abortion…The image that was drummed into you was fully-grown pre-birth children being hacked to death. I just couldn’t bear that thought, because I’ve always loved children. I was just totally gullible.”

It wasn’t until she became an adult and moved away from her strongly Catholic home environment that her beliefs gradually changed.

“You don’t live by this rule book…life isn’t a set path. Things happen.” It was simply exposure to new people — rather than any one incident — that changed her mind. When she realised her view had shifted, she decided to become an activist.

“I realised I felt quite strongly about it…I suppose I was reacting against the brainwashing, in a way.”

McLoughlin is unassuming and speaks quietly in spite of her strong opinions.

But she doesn’t mince words, particularly on the topic of her strict religious upbringing.

“I just realised how the ruling ideas are actually sort of forced on you, and how you’re not even allowed to think without feeling guilty about thinking. The whole shame thing…it’s so targeted on vulnerable young women.”

She was born and grew up in Manchester, England, the daughter of a man who was sent over from Cork as a young child due to his illegitimate birth. “There but for the Grace of God,” she says, keenly aware of his narrow escape from the Mother and Baby Home.

Nearly thirty years ago McLoughlin moved to Galway, after the birth of her first child. But her second child was born in Ireland.

“It was not a very pleasant experience,” she says. “It was very controlling.”

She wasn’t allowed to leave a sore leg to dangle over the bed, or open her hospital gown on a hot day. In England, the maternity ward “was nice, it was friendly, it was funny as well…it was a different experience altogether — it was quite relaxed, whereas it was so prudish here.”

Galway Pro-Choice was founded by local members of a group called “Action on X”, which advocated for legislative action on abortion twenty years after the infamous “X case”, in which a 14-year-old rape victim was prevented from leaving the country for an abortion.

Even as recently as 2012, public opinion was slow to shift. “It wasn’t like today — things have changed very very quickly.”

Following Savita Halappanavar’s death of sepsis after a miscarriage (and denial of an abortion) in October 2012, Galway Pro-Choice shot to prominence.

Savita’s family asked the group for assistance in telling the story, as they blamed the nation’s unclear abortion laws for her death. The group put the family in touch with journalist Kitty Holland, and the resulting piece put abortion in Ireland on the international stage.

After that, “it was all hands on deck; we had people from all over the world phoning us, emailing us, interviewing us…it was just crazy. And we’ve been kept busy ever since.”

She’s been a foster mother as well, so she’s seen first-hand what happens when women bear unwanted children.

“Women who were unsure, who didn’t have an abortion, who have a baby and just don’t know what to do…I’m not there to judge them.”

But does she really think a referendum to repeal the 8th Amendment would pass?

“I do, yes. But it depends on the wording of that referendum.”

It’s important to her to reject weak replacement legislation similar to the Protection of Life During Pregnancy Act of 2013.

According to McLoughlin, that Act still criminalises people for terminating a pregnancy and fails to clearly define when an abortion is legal. “It was great that it was actually being acknowledged that [abortion] has to happen sometimes, but that piece of legislation is sh*t.”

When asked if abortion might be used as a contraception, McLoughlin is similarly candid. “Yeah, it might.”

She elaborates, “There could be every scenario under the sun. It’s not for me, or anyone else, to say what the story is. I don’t believe that rather than buy a condom or find another contraceptive, someone will say ‘Oh, I’ll have 28 abortions.’ I honestly don’t believe that.”

The real issue, for her, is the Catholic Church’s influence over schools and sex education. “That has to change.”

Another big deal is the concept of consent, which she believes needs to be taught in schools.

But “It’s not just about abortion,” she says. “For the State, the Church…it’s about control.”

Nowhere is this more evident for her than in the discovery at the Tuam Mother and Baby Home.

“People do see the link with Tuam, those babies that were just dumped like trash…it was just so important that they were born, that they actually breathed air, and then after that…” She trails off sombrely.

McLoughlin is convinced that the issue is less controversial than the government, the Church, and the media make it out to be. Even though a law reducing the sentence for an abortion from jail time to a €1 fine failed to pass last year in the Dáil, she believes the people are miles ahead of the establishment.

But she admits that she has a few friends who disagree. So what would she say to someone who is firmly against abortion?

“You can be. But leave other people to make their decision. I’m not telling somebody else what to believe — I just want each individual to be able to decide. And that’s what being pro-choice is about.”