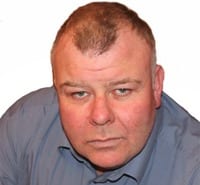 On Tuesday the Dáil passed the second stage of the Abortion Bill moving it onto committee stage. The Oireachtas committee on health will now be tasked with considering amendments to the abortion legislation. The bill allows for abortion in Ireland under certain circumstances.

The vote was a landslide with 102 TDs voting for it and 12 TDs voting against, while 7 abstained. Among those who went against the grain and voted in opposition to the bill were 3 Galway-based TDs.

Galway Daily spoke to these representatives to understand their reasons for voting against moving the bill to committee stage.

The Galway West TD Éamon Ó Cuív told Galway Daily that he voted against the bill based on the belief that an unborn baby is a human being and that the bill provides for the taking of the life of an unborn person.

The TD went on to say how the bill defines Termination of Pregnancy as “a medical procedure which is intended to end the life of the foetus”. Ó Cuív declared it was clear from this, that ‘any termination, intervention or treatment the purpose of which is to protect the life of the mother is already legal’ and is of course something he would have no difficulty with.

The Fianna Fáil representative emphasized his belief all human life should be protected extending this attitude to both the living and the unborn.

Speaking to Galway Daily Michael Fitzmaurice expressed his grave concerns with the bill at this point in time.

These concerns stemmed from both a lack of clarification on specific issues and one of his proposals being ignored.

He described his proposal to Simon Harris which would establish a free service to provide phone numbers of doctors who are willing to facilitate abortions.

The Independent TD had hoped this proposal would help alleviate fears of those within the medical profession who objected to facilitating abortions as a matter of conscience. This proposal so far hasn’t been taking on board by the Minister for Health.

The Roscommon-Galway TD also spoke of his frustration with other outstanding issues regarding the Abortion Bill.

For starters, the TD declared there is no clarification on abortion in the circumstances of 13/14 year old teenagers and whether they would need parental consent.

To add to this the Independent TD remarked how there is also no clear provisions on abortion in the circumstances of disabilities. He cited the lack of an explicit prohibition of abortions in case of disabilities as being a matter of huge worry.

Michael Fitzmaurice concluded by saying he acknowledged the will of the people and the referendum result but the Abortion Bill proposed goes a lot further then what people had in mind when voting last May. The TD promised that until these outstanding issues are clarified and his proposal is taking on board he will continue to vote no and not merely abstain from future votes.

The Galway East TD professed of his personal reasons for voting no to the Abortion Bill.

Similarly, to Michael Fitzmaurice, Sean Canney outlined his belief that although people voted to repeal the 8th Amendment, it is still the case that the public didn’t vote for this bill which ‘goes too far’.

The Independent TD spoke of his concern for practitioners and how unclear it currently is as to how doctors will have to act in a legal capacity. The TD expressed his disappointment that the bill doesn’t address this concern.

Sean Canney described how this ambiguity could result in scenarios where doctors are forced to refer someone for an abortion which would be completely unacceptable.