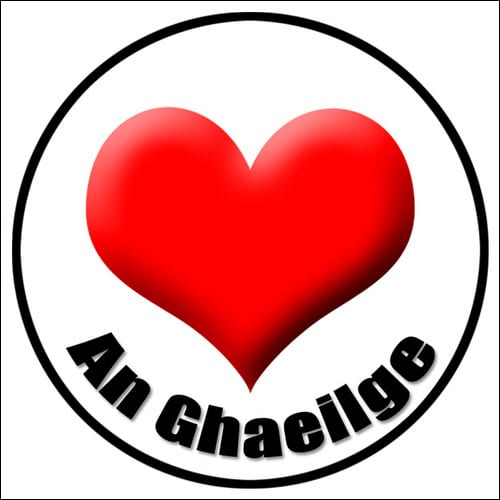 The question of the Irish language has been spoken about for a long time with many people talking about it as though it is a foreign language, even though she is our native tongue.

It has often been said that people hate the Irish language but I don’t think that is the case, because I firmly believe that the constant badgering of the language has more to do with how it has been taught as a school subject rather than the Irish language itself being the problem.

I was born and bred in County Kerry and currently living here in Galway with almost two years now, where I am certain that the language is still alive and kicking. I firmly believe that it is going from strength to strength each year.

That being said I was angered slightly a few weeks back when I seen a letter had been sent into the Independent about the use of Irish in Dingle, Co. Kerry. A man who was on holidays from Cork had complained that not a single ounce of Irish had been spoken while he was there on his holidays.

Firstly I feel that this needs to be addressed as I don’t believe one could spend a few days in Dingle without hearing the Irish being spoken. It’s impossible not to hear a little bit of the language as you wander the streets.

Dingle is a tourist town of course and because of this the needs of the tourists need to be taken into account which means communicating with them in English. That is not to say that the people of Dingle aren’t happy to speak the Irish language because they love speaking in their native tongue and are proud to speak the language.

I strongly believe that the problems associated with the Irish language come directly from how it has been taught in school because it doesn’t provide those who are not from the Gaeltacht an opportunity to properly learn the language.

I had coffee with Meadbh Damery, a student in NUI Galway, almost a fortnight ago now, as we discussed the question of the Irish language usage in college.

Meadbh who is from Cork is ploughing her way through second year of college which will be coming to an end shortly as preparations are well underway for the summer exams which will take place in the next few weeks.

She currently studies Translation and Irish which she was allowed to transfer into quiet easily after studying Communication and Irish in her first year of college. Meadhb has been fully immersed in the Irish language community in college as she not only spends her time studying but she is also part of the Cumann Gaelach and this weekend she attended the Lá Dearg na Mac Léinn march that was being held

“In my own life anyways I am very much involved in the Cumann Gaelach and I’m also constantly speaking Irish in class which happens throughout the translation class as we all communicate through Irish.

“Often when I am asked about the life of Irish in college I think that everyone speaks Irish because I am constantly in Áras na Gael but NUI Galway is a bilingual college. That being said more Irish should be spoken.

“On the other end of the spectrum, there are people in college who are studying science and those types of subjects which have no relevance to Irish meaning the language is not part of their student life.”

It’s clear that the rumours circulating about the Irish language dying has had little to no affect on Meadbh as she voices her opinion on the reason behind the problems which are currently associated with the Irish language.

“There are people who have come from English Secondary schools who think the Irish language has something to do with the education and health system in Ireland because when in school they learned phrases which were solely to do with school work. It must be shown that this is a language than can suit everything.”

One of the biggest problems with the use of the Irish language or the lack of use is that people who aren’t fluent are afraid to speak the language. Often one would see people backing away from conversations that have begun in Irish.

Most of these people don’t hate the language but it’s easier to pretend that they hate it rather than tell the truth that they are afraid they won’t always be correct.

Meadbh explains that there is a negative outlook associated with the Irish language that needs to go.

“I’m around the Irish language and I don’t believe that it’s dying but when I’m talking to people and putting stuff up on Facebook in relation to events with the Cumann Gaelach people laugh.

“They think the language is dead, even my own friends at home who attended an all-irish school and they understand its not. The outlook is there of course because people don’t speak it and it’s not heard. I often hear it spoken on campus and even when I’m walking through the city it can be heard.

“That being said the outlook is still there and it has to be changed in order for people to feel more comfortable speaking and to avoid the fear of speaking in Irish.

Of course we can easily blame those who don’t speak the language but the problem needs to be resolved soon because it is these students who are the next generation and if the language isn’t being used chances are she will die.

Meadbh spoke proudly about the future of Irish as she confidently believes the language will survive for another while at least.

“I think that social media is the best way forward for the language and it is clear this is already happening.

“On the different types of media you hear the likes of Aindriú de Paor, young and energetic people who are promoting that language naturally, as well as current affairs, stories in the public eye and even funny subjects being discussed.

We all depend on one another and together we can promote the language through speaking it and being proud of it. She’s our native language, and she won’t die just yet.