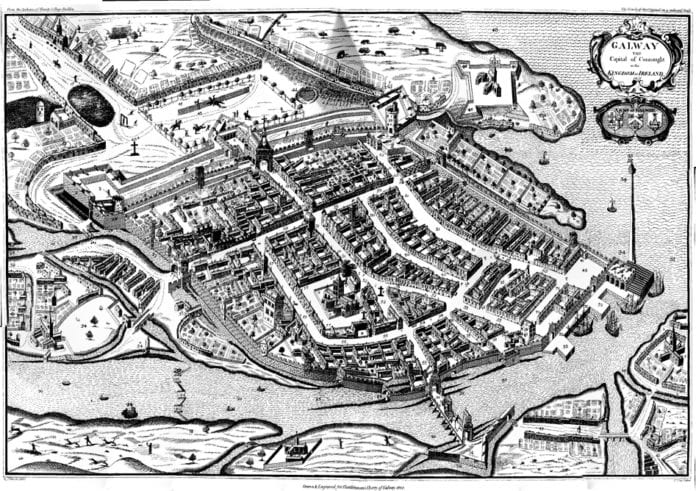 When people talk about what makes Galway such an attractive city they often talk about things like the music, the good craic, and a world-renowned commitment to the arts.

But a lot of modern Galway’s layout that shapes it to this day like the streetscape around Shop st, Quay st, and Mainguard st. is almost unchanged from its medieval origins.

The Galway Medieval Festival aims to celebrate the city’s culture, food, and European connections from the medieval era.

One of Galway 2020’s Small Town’s Big Ideas projects, the Medieval Festival is being organised by the Galway Civic Trust.

“So much of what Galway has to offer is rooted in its heritage. Its style and setting, which all date back to this medieval Galway,” said Michael Quinn, Development Officer with Galway Civic Trust.

“We have a wonderful pictorial map of Galway from those times, and it’s lovely to see people’s faces as you show them this fabulous historic map and how the streetscape and many of the buildings haven’t changed since then. They really get a sense of the heritage of the city.”

Galway Civic Trust is a local charity with a mission to “protect, promote and enhance the natural, built and cultural heritage of Galway.”

And they’ve backed that up by hosting the largest number of Heritage week events of any single organisation in the country.

The Medieval Festival will be a two day event with re-enactments, guided tours, music, art, and demonstrations.

At some old-school cookery demonstrations there will be food-tastings of everything prepared.

The main part of the festival will be held at the Customs’ House courtyard, while the Hall of the Red Earl will be he hub for guided tours.

The nearby Druid Theatre will also be used to host talks about medieval Galway.

Using archaeological findings, festival goers will find about about how trade, religion, and migration shaped Galway into the city we know.