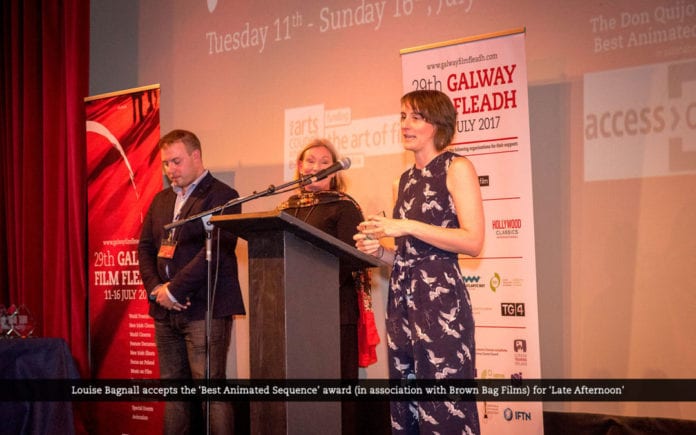 The deadline for submissions of short films to the Galway Film Fleadh is creeping up as the world famous film festival approaches.

Each year the Galway Film Fleadh shows nearly 100 Irish short films, across six days, including drama and documentary, live action and animation, and everything in-between.

The fleadh doesn’t puts a strong emphasis on supporting emerging talent, and over the years many Irish filmmakers have gotten their start making a short film for Galway.

Submissions for the short film competition must be in by Friday, May 17 at 5pm, and the entry fee is €20. For further information or to submit a film click here.

As of last year, the festival has broken with its tradition of screening only Irish-made shorts and now invites international short filmmakers to join their Irish peers at this oscars qualifying event.

The Galway Film Fleadh is a six day international film event in the West of Ireland, comprising a film festival, film conference and Ireland’s only film marketplace.

The Galway Film Fleadh will take place over a week from Tuesday, July 9 to Sunday, July 14.

As well as short films the Fleadh has competitions for feature length films and also rewards first time directors in drama and animation, as well as the Donal Gilligan Award for Best Cinematography in a short film.

In addition to screenings, the festival also delivers panels and networking events tailored towards short filmmakers, providing opportunities to meet with international and industry guests.