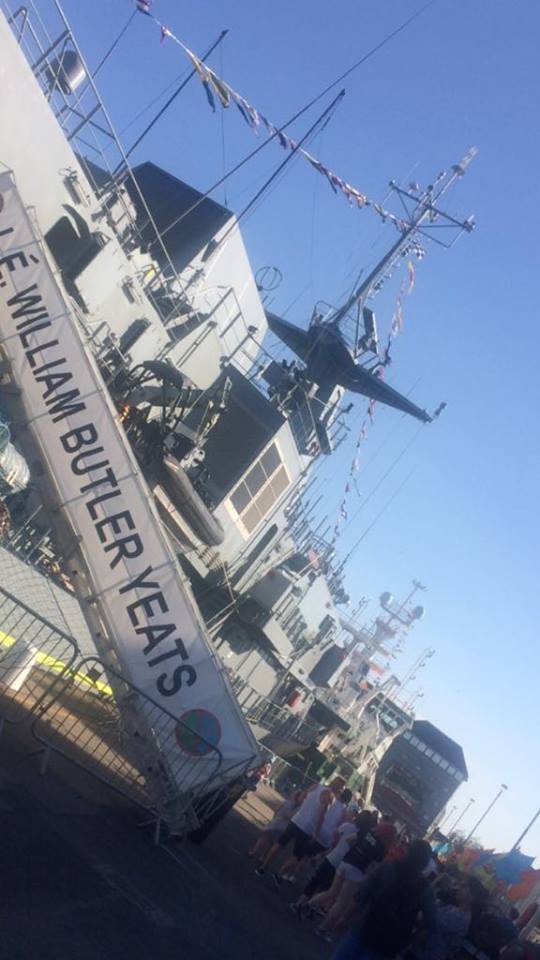 A commemorative service in memory of those lost at sea took place yesterday evening at the Docks as part of SeaFest.

Seafest showcases Ireland’s abundant maritime resources- raising awareness of the value and opportunities provided by the sea and also celebrates our proud maritime heritage. Yesterday evening a service was held aboard the LÉ William Butler Yeats which was commissioned into the naval fleet in October 2016. 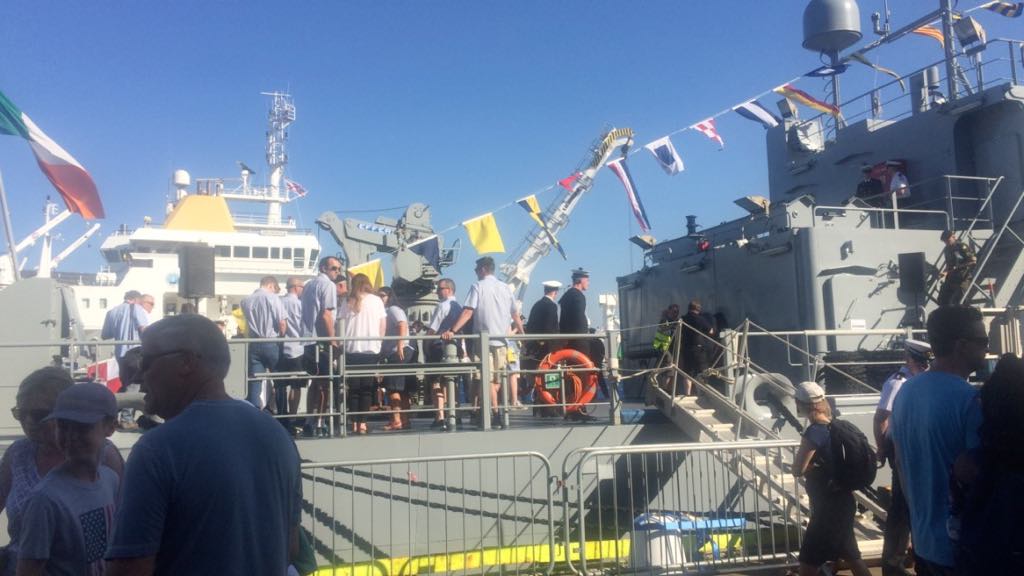 “This is a festival to acknowledge the importance of our oceans for us all. As an island nation we have large numbers of people who work at sea, and many more who use the ocean for leisure activities.

“The ocean gives us 50% of the oxygen that we need to live but for many it has also taken lives. The event this evening is being held to honour those who have lost their lives at sea this year. A total of 122 drownings in the past 12 months.

“This number of lives lost at sea is reducing year on year. Our marine emergency services respond to almost 3,000 incidents a year with approximately 1400 so far this year in 2018.

“In the past year the RNLI had 1088 launches with 1471 people assisted. The coast guard continues to provide the vital service with the coordination of maritime access which require search and rescue.

“It is important that while celebrating our oceans and all the benefits and enjoyment it brings that we also take the time to remember those who have lost their lives, some in carrying out rescue missions and to also recognise the bravery of the men and women who work and volunteer with the emergency services.

“On behalf of everyone here I would like to convey our deepest sympathies to all of the families and also our heartfelt gratitude to those who serve with the emergency service.”

Some poetry in both English & Irish along with some songs followed the speech that Mayor Neil McNelis gave before the Minister of State Sean Kyne laid a wreath to remember all of those who have lost their lives at sea and recognising the heroism of men and women of our rescue services. A minutes silence followed the laying of the wreath and concluded the proceedings.

Seafest will continue today and tomorrow and the opportunity to board the LÉ William Butler Yeats will be provided for those interested.

All information on Seafest can be found here or through their updates on Facebook.