The popular HYDE Bar on Forster Street recently raised over €8k for charity, with a very familiar guest chef in the kitchen.

At a recent fundraising event, Gráinne Seoige turned out to be the Executive Chef on the night to the delight of the deceived diners.

The restaurant event, which was part of the Connacht Hospitality Group’s charity drive for this year, raised over €8,150 for the National Breast Cancer Research Institute Ireland.

It was a night of great style and wonderful food in Galway’s newest hotspot Jekyll @ HYDE the private dining space in the popular Hyde Bar.

The four course menu was created by Grainne in conjunction with the team in Hyde Bar which is known for its amazing cocktails, great gin selection and of course food.

The four course menu had a number of subtle clues as to the identity of the chef, diners had to guess their identity to be in with a chance to win a stay in the recently renamed Hyde Hotel. 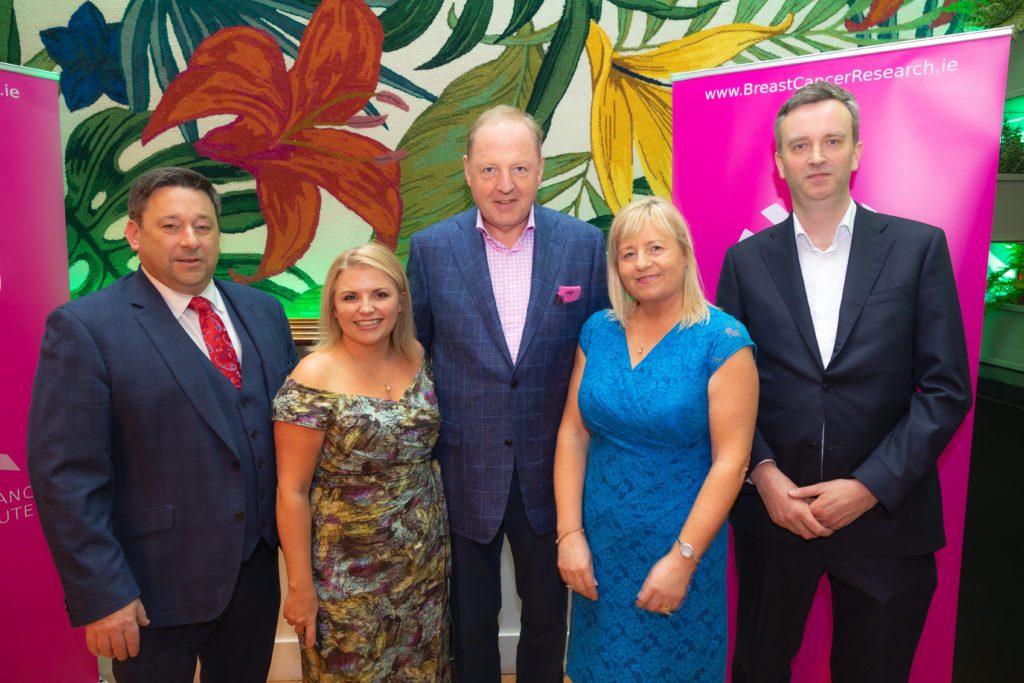 CHG Group General Manager announced on the night that 100% of the event’s proceeds would go to the NBCRI.

The entertainment on the night came from the panel of critics who were, Ollie Tuner and Neil Molloy from the Galway Bay FM Breakfast show as well as influencers and inspiration Fiona Morgan Coleman and one of the West of Irelands most popular instagrammers Alan Clarke.

The crowds were in stitches with the antics of the four as the host attempted to illicit reviews of each dish on offer and to see if the critics could guess the identity of the mystery cook.

Prof Michael J Kerin, Research Programme Director at NBCRI, was one of those in attendance.

He added to the evening’s humour with some great stories, as well as sharing his appreciation for the hosting of this event to the CHG team.

With unprecedented demand for this event and a waiting list as long as the list of attendees there’s a very good chance that the event will become an annual occurrence at least, the only problem is who can don the Chefs hat with the style and aplomb of Chef Seoige.

Galway venue among Ireland’s most pet-friendly for weddings