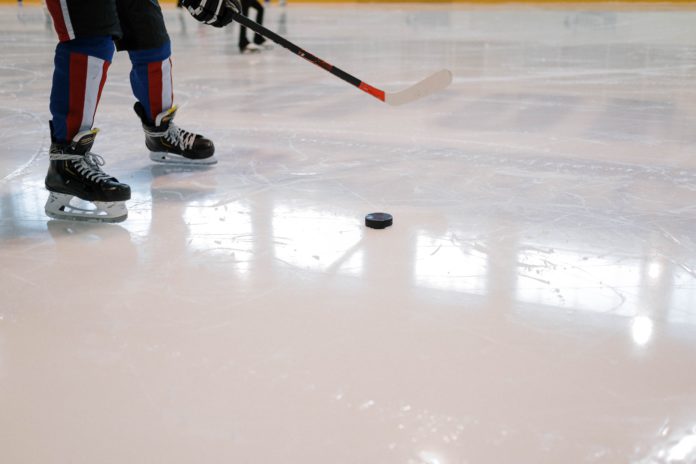 Unlike world championships in other sports, the ice hockey one organized by the International Ice Hockey Federation (IIHF) gets held annually. It is the sport’s highest-profile tournament, with roots dating back to the 1920 Summer Olympics.

Though hockey gets primarily recognized as a seasonal activity with a relatively limited fanbase, established primarily in Canada, the United States, Finland, Sweden, and Russia, new research shows that its global appeal is rising.

In Canada, interest in the NHL surpassed the curiosity shown regarding the NFL, NBA, and MLB. And in the US, the NHL’s largest growing demographic is males from 18 to 34, an age group that is also most likely to bet online on games from the world’s premier hockey league.

Stanford Graduate School of Business recently released a study that notes that North American NFL fans are the most educated and affluent among the Continent’s four major leagues. And China, of all places, has begun implementing strategies for hockey development in regions like Heilongjiang and Beijing.

Thus, without question, the 2023 IIHF World Championship, held from May 12th to May 28th in Tampere, Finland, and Riga, Latvia, will generate previously unseen interest in the event.

The competition, initially scheduled to take place in Saint Petersburg, Russia, got moved to a new host nation after the International Olympic Committee called for Russia’s hosting rights to get taken away.

The IIHF obliged, and the organization opted to give this privilege to the duo of Lativa and Finland instead of accepting the rivaling co-hos bid put in by Hungary and Slovenia.

Below, the event’s main sponsors get presented along with their Ice Hockey Championship history.

Škoda Auto, or Škoda for short, is a Czech automobile manufacturer that got founded by Václav Laurin & Václav Klement in the city of Mladá Boleslav.

In 1948, it became state-owned and got privatized to the Volkswagen Group in 1991. According to some statistics, the brand’s profit margins in the Volkswagen group are second only to Porsche.

It continues this tradition in the 2023 event, providing the organizers with a fleet off forty-five vehicles, including the electric ENYAQ iV, SUPERB iV, ENYAQ COUPÉ RS iV, and KODIAQ models.

The Pirelli logo proudly got plastered over the chest of every player that wore an Internazionale Milano jersey between 1995 and 2021. In 2017, Pirelli teamed up with the IHHF as a long-term partner of the Italian Winter Sports Federation. That collaboration has now persisted for six years.

As mentioned, Pirelli is no stranger to winter sports sponsorships, as it previously has worked with the Alpine World Ski Championship. And it has also branched off in key winter tire markets like Switzerland.

Founded in Le Locle, Switzerland, in 1853, by the father-son duo of Charles-Félicien and Charles-Émile Tissot, Tissot is one of the most famous watch brands on the planet.

It is no stranger to sports partnerships as it is responsible for timing several high-end sporting competitions, including MotoGP, fencing, basketball (FIBA), cycling, and ice hockey. Of course.

Tissot has been the Official Timekeeper of the International Ice Hockey Federation (IIHF) for over twenty years. As evidenced by recent press announcements, it has no intention of working with the IIHF any time soon.

But, the German company specializing in oils, lubricants, and additives also has notched a long track record of working in the hockey sphere, sponsoring the Los Angeles Kings of the National Hockey League (NHL) and the Men’s Ice Hockey World Championships.

Liqui Moly’s partnership with the IIHF started in 2017 when the competition got organized in Germany and France. Seeing as the brand lists its primary markets as Scandinavia, North America, and Russia, it should be no surprise that it aims to have a dramatic presence in various winter sports.

Raiffeisenbank is another long standing sponsor of the Ice Hockey World Championship. And it was among the select group of companies that, in 2021, threatened to drop its support for this event if Belarus remained its 2021 co-host amidst then-happening human rights scandals in this country.

The AJ Group is a leading producer of office, school, and warehouse supplies. It features a catalog of more than fifteen thousand products and primarily deals with retailers as a business-to-business entity.

The AJ Group has existed for over four decades, employing over eight hundred people and distributing its products in nineteen countries.

Headquartered in Launceston, UK, an essential part of the AJ Group’s marketing strategy is to support local and international events.

A fun bit of trivia is that it has worked with the Ice Hockey World Championships since 1989. That means it has had an even longer relationship with this competition than Škoda Auto.

Nike is a clothing apparel brand that is one of the most globally famed designers and manufacturers of sports footwear and equipment.

It got founded in 1964, utilizing the name of the Greek goddess who personifies victory, focusing on premium athletic shoes. It ranks as a top one hundred US corporation going by total revenues, and its trademark phrase – Just Do It, entered the mainstream lexicon decades ago.

Nike has a storied past of providing equipment for junior ice hockey world championships. It has also long been the official partner of the United States and Canada’s international teams.

Though Nike recently suspended its Hockey Canada sponsorship over the Great White North’s federation’s poor handling of trending public sexual assault allegations. Thankfully, the company remains one of the big-name sponsors of the upcoming men’s world championship in Riga and Tampere.